Which islands can you visit in Galapagos?

The Galapagos archipelago is a mystical group of twenty-one islands and islets that span over 1,770 square miles (8,010km₂). Seven of the islands are fiercely protected on behalf of the numerous endemic Galapagos species, that leaves fourteen for us to explore on our different Galapagos ship’s itineraries. But which ones should you choose?

The islands that can be visited are:

Even though it’s nearly impossible to visit each island on a trip to the Galapagos Islands, you can be sure to visit the “best of the best” in one of our carefully planned cruise itineraries. Every island offers unique landscapes and is home to different endemic wildlife found on the Galapagos Top 15 species list. 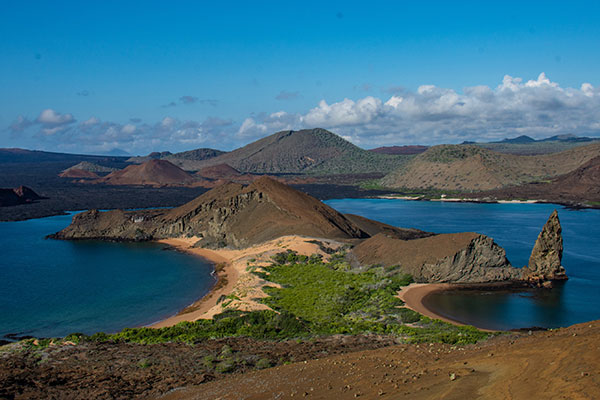 Bartolome Island is the most iconic island in the Galapagos archipelago. It’s home to Pinnacle Rock, which towers majestically next to a golden beach as Galapagos penguins duck and dive amongst the rock formations. There is an incredible view overlooking it from a hillside viewpoint that is reached by a wooden boardwalk over the barren rocky terrain.

Although Española Island’s dramatic cliffs and arid landscape may not seem like a paradise of biodiversity, you’ll be proven wrong! Many have enjoyed close encounters with the largest nesting colony of blue-footed boobies, the only settlement of the Galapagos albatross, and witnessing an incredible ocean blowhole. 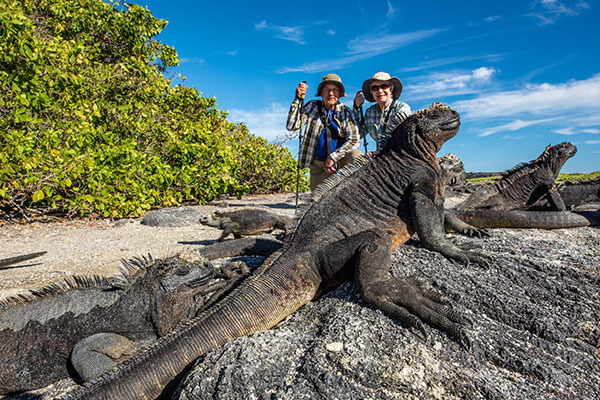 Fernandina Island is swirled with artistic flourishes of black lava rock over its landscape. This is Galapagos’ youngest geological island, and the experience of walking amongst the relatively recent lava flows is a once-in-a-lifetime experience. Hidden between the jet-black rocks are delicate lava cacti and camouflaged marine iguanas. Right in the center of the island is La Cumbre volcano, the most active volcano in the entire archipelago. 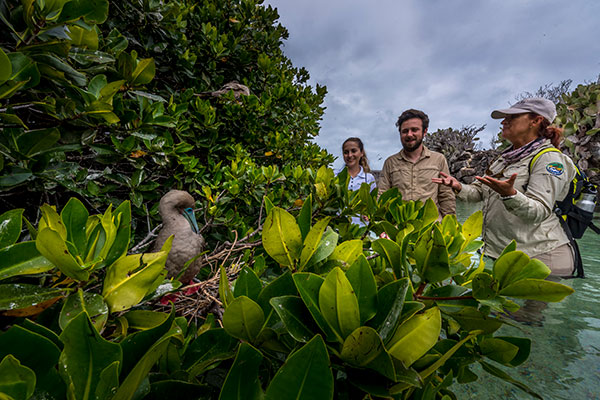 Genovesa Island is a rare treasure that gets visited by very few vessels (But don’t worry! Ours is included). We visit it because it has become known as “Bird Island” due to the enormous variety of bird colonies that can be seen here. Even putting the anchor down here is a unique adventure because it’s the only sunken crater where ships can pull into. Now that’s an experience that can’t be missed! 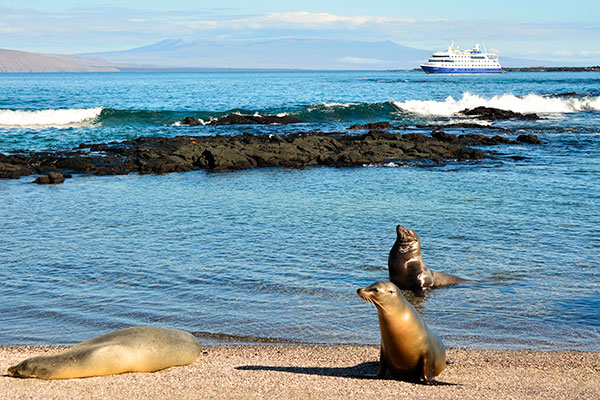 The iconic seahorse shape of Isabela Island dominates the western side of the Galapagos archipelago. Its tiny town exudes simple charm while the enormous six volcanoes dotting the island soar above the rest of the shrubby landscape. Isabela Island has incredibly diverse flora and fauna, but it also holds the furtive story of the Galapagos islands’ first colonists. 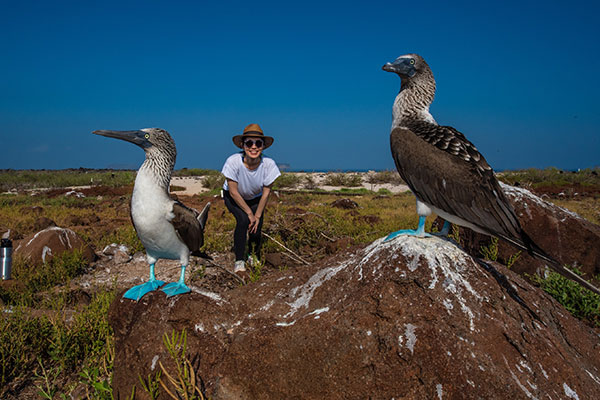 When you land on this island, you’ll be surprised at how many species this tiny island has managed to pack between its rocky formations, shrubbery, and cacti. The walk through the island reveals nesting areas of frigatebirds (both great and magnificent). Occasionally, a small movement under a cactus will alert you to the presence of a patient land iguana staring up at you. Once you come out at the beach, the Galapagos sea lions waiting for you will put on their own show! 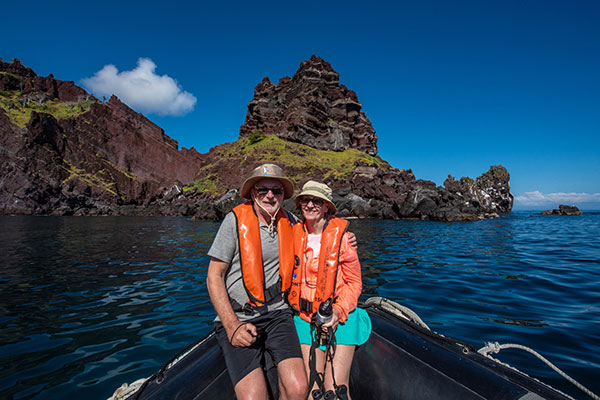 The contrasting volcanic elements of Santiago Island makes it a must-see for any geology lover. The island is littered with shorebirds and even offers visitors the chance to spot the elusive Galapagos fur seal. The island sports hills and valleys and a rugged coastline. It also has a reasonably recent history of colonists who tried to mine the island for salt. 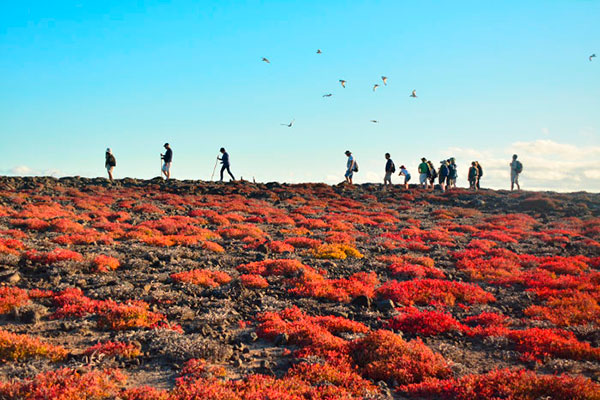 Upon arrival to this island, you’ll be welcomed by a Galapagos sea lion bachelor colony and probably an iguana or two. The gently sloping rock island is dotted with cacti. But it’s once you reach the top of the island where you’ll be overwhelmed by the hundreds of seabirds ducking and diving in the cliffs wind gusts. 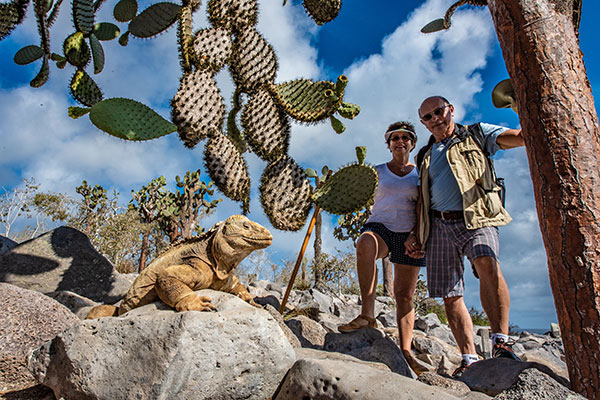 Santa Fe Island has become one of the primary attractions in the Galapagos due to being the only habitat for the pale Santa Fe land iguana. The sandy beach covered with Galapagos sea lions creates a divide between the beautiful turquoise waters and the prickly pear cacti forests. 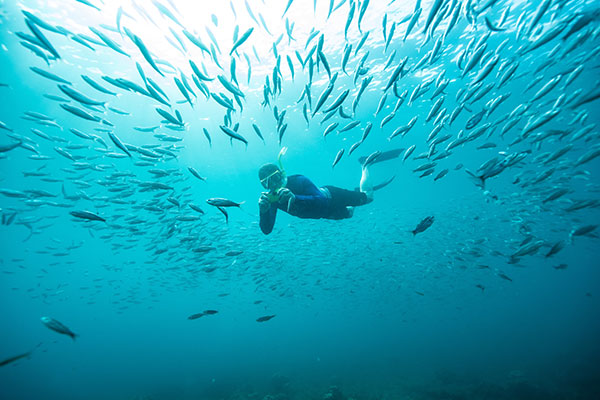 Floreana Island has a unique mixture of human history and endemic species that is almost too fantastical to believe. Its white sandy beaches are the perfect place to become immersed in its deep and juicy history – both fauna and colonists alike! 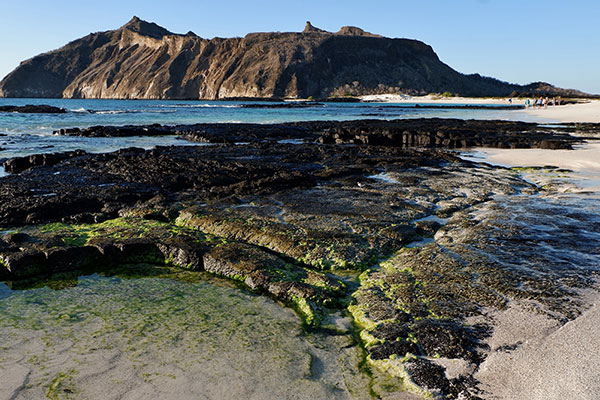 As the easternmost island of the Galapagos archipelago, San Cristobal is the administrative capital of the Galapagos. The unique island lifestyle and culture are mixed with exquisite, pristine beaches, grassy fields, and rocky landscapes. Off the coast, you’ll also see the famous Kicker Rock, which is world-renowned for excellent snorkeling with the hammerhead sharks. 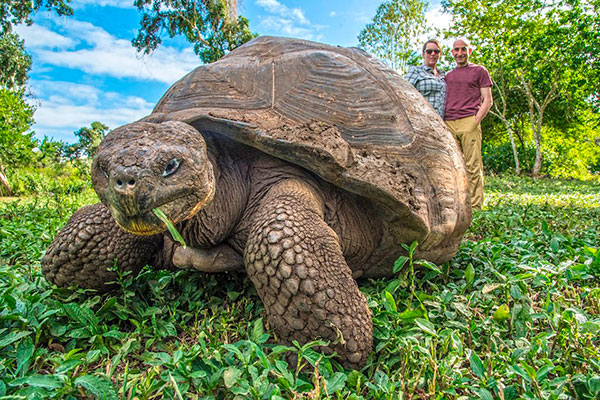 Santa Cruz is the main populated island in the Galapagos archipelago. It is unique in the fact that it has all seven vegetation zones, and wild giant tortoises are easily found in the highlands. Puerto Ayora, the main town of Santa Cruz, has a distinct beach-town feel mixed with the aura of a fisherman’s village. 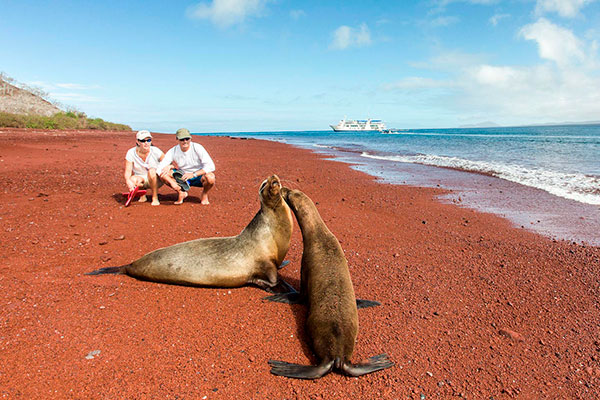 This scorched red island makes it look like you’ve stepped out into the middle of the Australian desert. However, it’s highly contrasted with the gentle turquoise waves and verdant sweeping hillsides. Rabida Island is the home of many bird species, curious sea lions, and impressive underwater fauna.

Note: Interested in visiting islands that are not on your itinerary? Don’t forget that we offer combined itineraries! We are here to help you plan your perfect Galapagos cruise, and we want you to experience everything you wish to see!

But will I be able to see all of the wildlife?

The islands open to visitors have been specifically chosen to allow everyone the opportunity to see the diversity of the islands and all of the unique flora and fauna that Galapagos has to offer. The Galapagos locals are proud of their heritage and want you to become advocates for their islands just as much as they are.

Let’s also look at it from the animals’ point of view. The many endemic species in the Galapagos have called the islands their home for thousands of years. They have adapted to their volcanic habitat and lack of predators. Although they generally appear curious about human visitors, they haven’t learned to protect themselves and are vulnerable to the slightest changes in their ecosystem.

“I swear, Greg! The fish I ate was this big!” One of Galapagos’ most iconic residents are its quirky Blue-footed Boobies!

The species that live on inaccessible islands are not used to human presence and would flee at first sight! Imagine if, all of a sudden, thousands of people stormed into your house, took selfies with you and gawked at you with unabashed curiosity. We would run and hide, too! Those living on accessible islands have become somewhat accustomed to some human presence and are strictly monitored by the National Park’s scientists. The number of visitors to the islands is restricted, too. Only 175,000 visitors are allowed to visit Galapagos throughout the year, and only following strict guidelines to ensure no animal becomes overwhelmed with all this attention.

Therefore, even though some islands seem to be in direct line with your itinerary (for example, why not go to North Plaza while you’re going to South Plaza?), these islands must be protected. They are only accessible to scientists who are working towards understanding each species more to protect it. 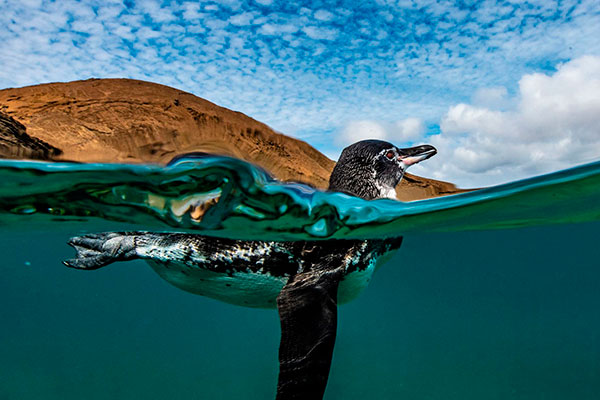 Conservation efforts are very important to keep both fauna and flora safe and alive.

Every action taken by the Galapagos National Park authorities is taken to protect flora and fauna and help visitors become spokespersons for this paradise. Enjoy access to these beautiful islands and their astonishing wildlife and landscapes.

Written by: Christopher Klassen
CALL US
CHAT WITH US