A Lucky Surprise for Nature Lovers: Whale Watching in Galapagos 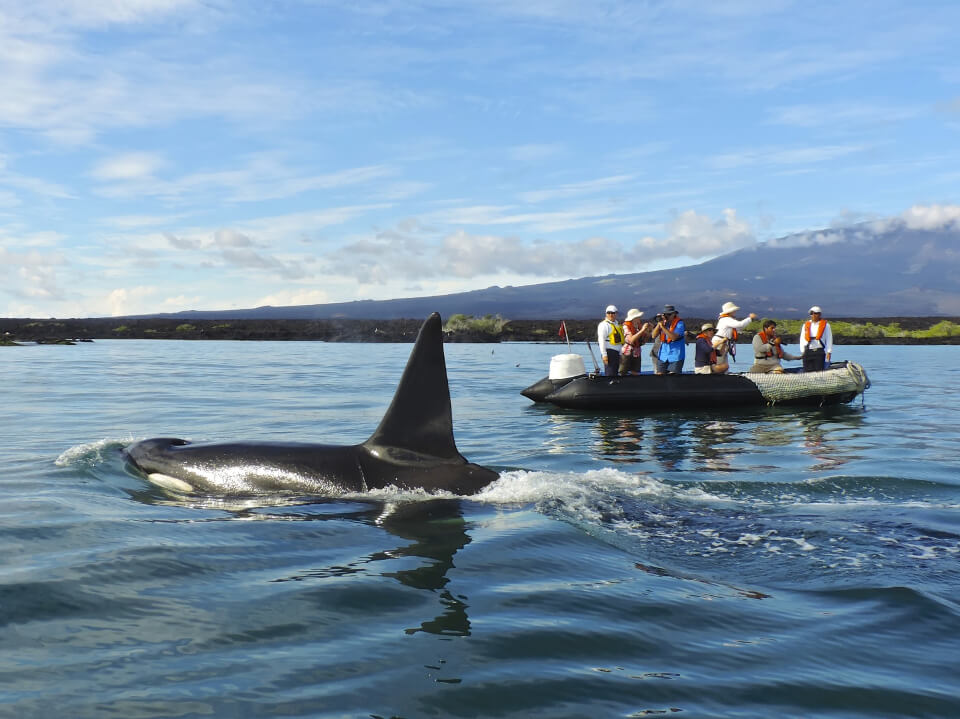 The Galapagos Islands are a bucket-list destination for more reasons than one: in addition to exploring the land that gave formation to On the Origin of Species, visitors have the opportunity to observe the breathtaking range of whale species that inhabit the Galapagos Marine Reserve, from humpbacks to sperm whales. The waters surrounding the Galapagos are extremely rich due to the process of ocean upwelling, as well as the seasonal presence of the Humboldt Current, which brings cool Antarctic waters northwards to the Galapagos. As a result of these processes, the marine reserve makes for excellent feeding and breeding grounds. In total, experts have identified approximately 24 whale species around the archipelago, and it is likely that other species also inhabit these waters, but have yet to be officially identified. Whale watching in Galapagos offers the possibility of special surprises for nature-lovers.

A Brief Introduction to Galapagos Whales

Cetaceans may be divided into two basic categories: baleen whales and toothed whales. Baleen whales are generally larger, such as the famous humpback whale, and are distinguished by their feeding method. Baleens feed using a filter-feeding system known as baleen, which they are named after. This structure consists of thick bristles that line the sides of their mouth (made of keratin, the same substance as human hair and nails), which allows them to filter water from their mouth and trap small animals such as fish and krill. There are a variety of baleen whales in the Galapagos including Bryde’s whale, and the humpback, minke, and sei whales. By far the largest is the blue whale, which measures up to 100 feet in length and weighs around 200 tons (the equivalent of about 35 elephants), making it the heaviest animal ever to have lived; their tail alone measures up to 25 feet wide. 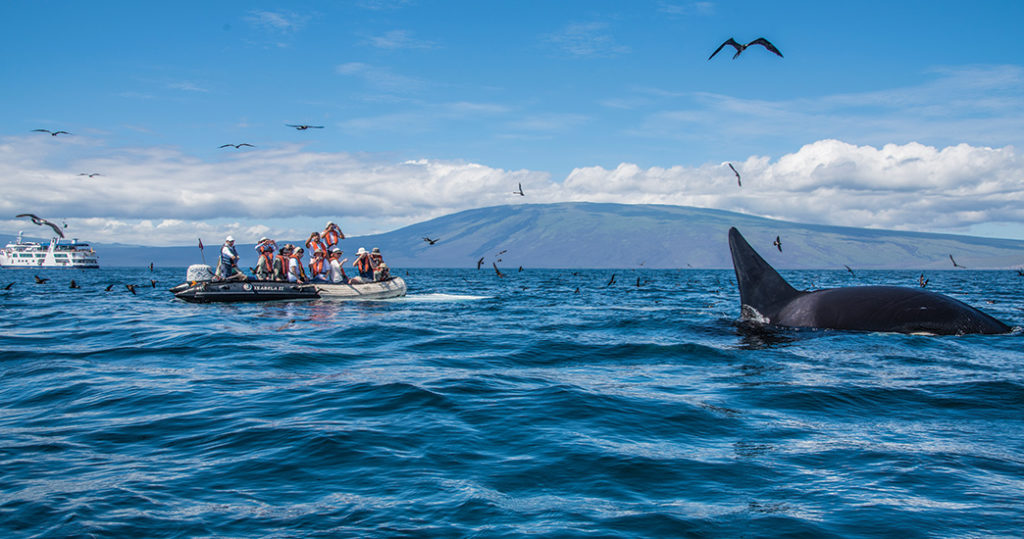 You can spot different whale species on a panga ride such as humpback whales and orcas!

On the other hand, toothed whales, as their name suggests, have teeth instead of baleen, and are generally smaller than baleen whales. The Orca (Killer Whale) is one of the more famous toothed whales in the Galapagos, easily recognized by its black and white coloration, and large dorsal fin, which reaches up to six feet high. The orca can weigh up to 11 tons and hunts sea-faring mammals such as sea lions, penguins, and even other whales. Other toothed whales in the Galapagos Archipelago are the Pilot Whale, False Killer Whale, and several species of dolphins.

Watch whales in their natural habitat in the Galapagos Islands!

The Role of Whales in Galapagos History

However, the toothed whale that made the islands famous worldwide (even before Darwin Finches) was the Sperm Whale, which is also the largest toothed whale and the world’s largest ocean carnivore, weighing up to 45 tons. As whales do not have fur, they stay warm thanks to a thick layer of blubber located underneath their skin. This blubber traps heat within their body and also acts as an energy reserve during long migrations. However, in the 18th century, it was discovered that blubber could be used to make oil, making it extremely valuable to humans up through the 19th century. For over one hundred years, the Galapagos Islands became an important whaling hub due to the enormous numbers of a sperm whale that frequent these waters, using them as breeding grounds and traveling in pods of up to 20 individuals. Sadly, huge quantities of sperm whale were killed during this time and they have never been able to fully recover. 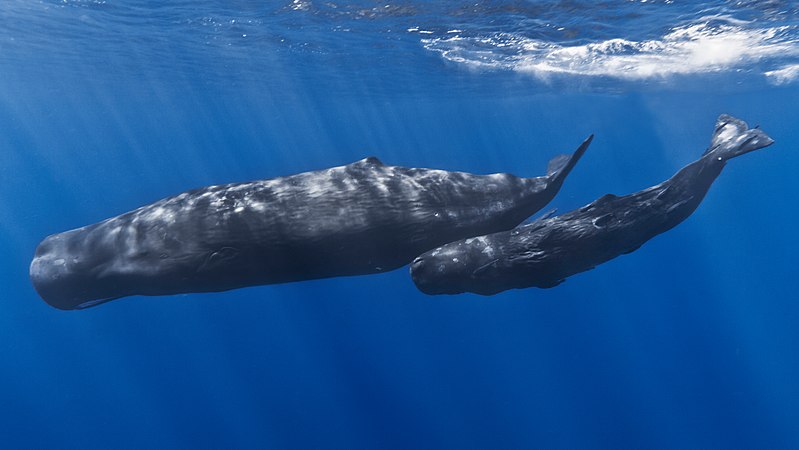 A mother sperm whale and her calf. Photo by Gabriel Barathieu via Wikipedia Commons

Whale watching in Galapagos: When, Where, and How?

Due to the wide range of whales that live in the Galapagos Marine Reserve, whale watching in Galapagos is possible year-round, although the islands are not particularly well-known as a whale-watching destination. Most encounters, in fact, are lucky happenings as cetaceans migrate to these equatorial latitudes at different times of the year. However, cetaceans such as Sperm and Bryde’s whales, and the orca live in the Galapagos Marine Reserve year-round. Nevertheless, the cooler months between July and November (particularly July through August) are thought to be the best time for spotting whales in the islands, as the waters are cooler and contain more nutrients, thus attracting migrating whales such as the humpback that swims up from Antarctica. Interestingly enough, February and March, although representatives of the peak hot season, have been good months for occasional sightings of sperm whales out in the western islands.

As a matter of fact, the most productive feeding grounds are in the western waters, particularly between Isabela and Fernandina thanks to upwelling caused by the Cromwell Current; however, whales and other cetaceans can be spotted in a variety of locations throughout the islands, depending on the species and time of year. Galapagos cruise ships are likely to spot both whales and dolphins at a moment’s notice; however, it is important to keep in mind that nothing is really too specific when it comes to cetaceans in Galapagos. If you are keen on whale watching in Galapagos, the best advice is to choose an expedition cruise that visits a wide variety of islands and to be up on deck endlessly capturing the horizon. Surprises happen here… you just need to come.