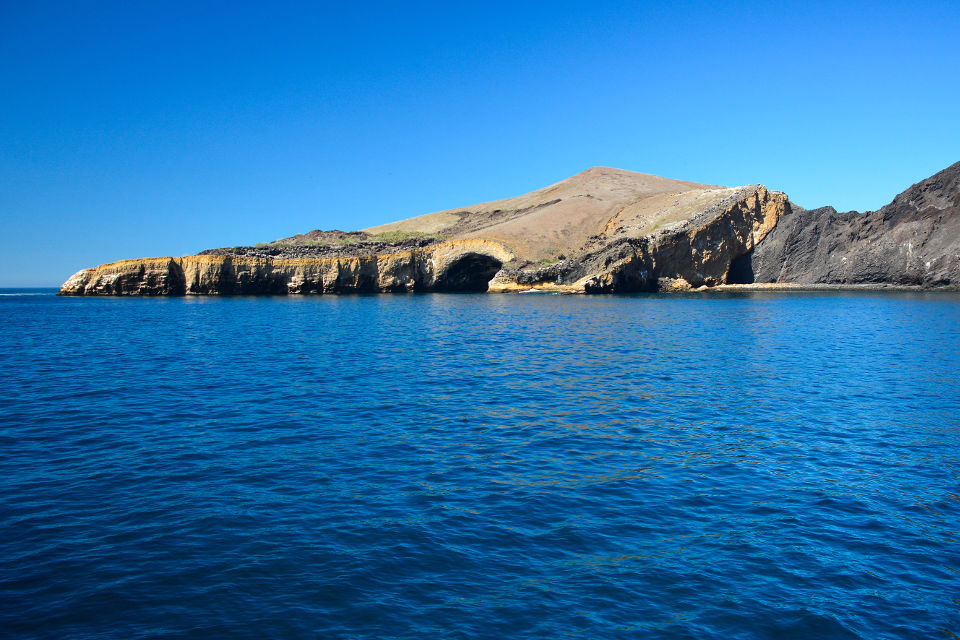 Isabela is the largest island in the Galapagos archipelago. It consists of six volcanoes that have merged and melded together as a result of their lava flows. Every volcano is unique, with its own specific set of flora and fauna. Today we had the privilege of visiting one of the northernmost points of Isabela known as Punta Vicente Roca. However, on this special occasion, there was something colossally big waiting for us!

Encountering the giants under us! 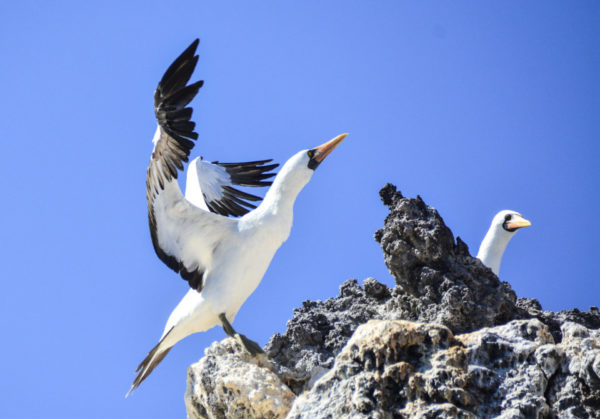 The Nazca booby is one of the most iconic species of the Galapagos Islands.

On this particular day, we were ready to begin our first set of expeditions aboard the Santa Cruz II Galapagos cruise. We were already anchored by Punta Vicente Roca and all six of our zodiacs were being unloaded from the cruise in order to assist our guests in exploring the towering coast of this giant island. There is simply so much to see at Punta Vicente Roca! This island is one of the few islands that has a noticeable population of Galapagos Penguins and Flightless Cormorants (both members of our Galapagos BIG15 group of iconic species). The first animals that we got to see on this outing, however, were the ever-so-playful Galapagos sea lions, alongside their equally adorable cousins – the Galapagos fur seal! Winged and beautiful creatures were also present, such as the blue-footed boobies that were busy fishing as well as Nazca boobies, marine iguanas, swallow-tailed gulls, noddy turns, sea turtles and the largest group of sunfish (mola mola) that I have ever seen in my entire life! There were almost way too many animals, so much that it was really hard to keep up with all the fantastic picture opportunities that were swimming past us!

The sea has plenty to offer! 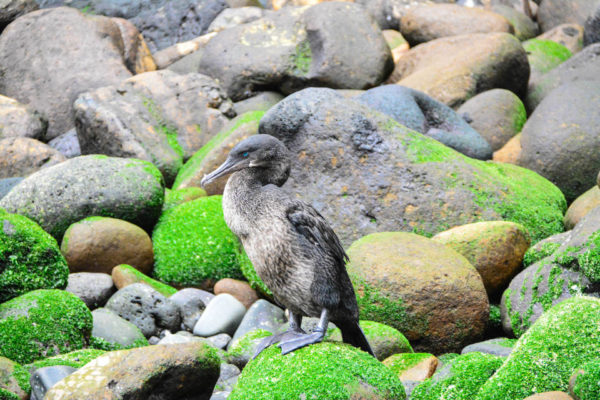 The flightless cormorant is an example of evolution.

Most of the activities at this visitor site involve witnessing the animals that are found in the water or resting along the nearby rocks. But as we continued along with our coastal exploration (otherwise known as a panga ride), we came to a calm cove where sea turtles often come to rest along with flightless cormorants. The latter are often even seen swimming around, resting on the rocks, or drying their wings. It is quite a sight to see these birds that are highly exclusive and endemic to this area of Galapagos, let alone the entire world! After leaving the cave we headed to the cave, which is the spot where guests can usually get a glimpse of blue-footed boobies and sea turtles swimming in crystal clear waters. But the best part? We managed to see something else, something we almost could not believe! A whale shark in Galapagos!

As we approached the cave that’s located at the far side of Punta Vicente Roca, our eyes simply couldn’t believe what was swimming below us. It was a young whale shark! At first, we thought it was a sunfish but then we saw the greater part of its body complete grandeur. We didn’t hesitate to follow this animal as it gradually kept swimming towards shallower waters. At one point it got so close to the surface of the water that we managed to see its entire body! This was the first time I had seen a whale shark at Punta Vicente Roca in over 18 years of guiding!!! I think I must’ve been even happier and more amused than my guests! 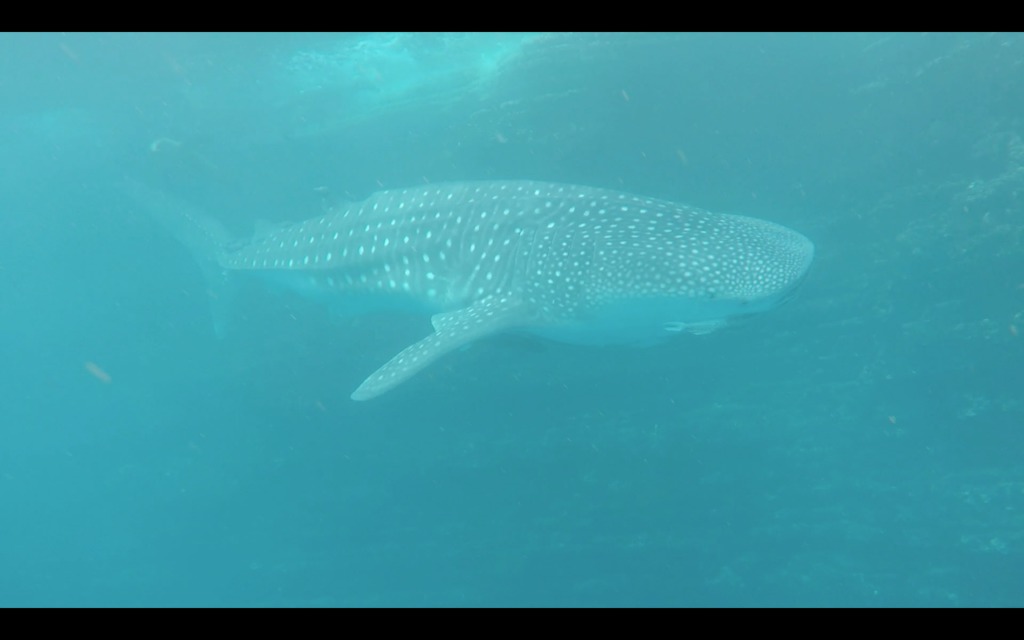 Encounter with a whale shark around Punta Vicente Roca

This whale shark swam around us for about 10 minutes before it decided to swim away. It was the biggest show and highlight of that morning outing. Our guests were all in awe at the greatness of this gargantuan fish – one of the largest in the world!

Not only had we gotten to see a decent handful of our BIG15 group of iconic species, but we also got lucky enough to spot a whale shark in Galapagos! Completely unplanned and all of it just on the first morning of our Galapagos tour. What more could we expect, let alone ask to see, within the next few days after all this?!