Top 5 Reasons Why the Galapagos Must be Protected 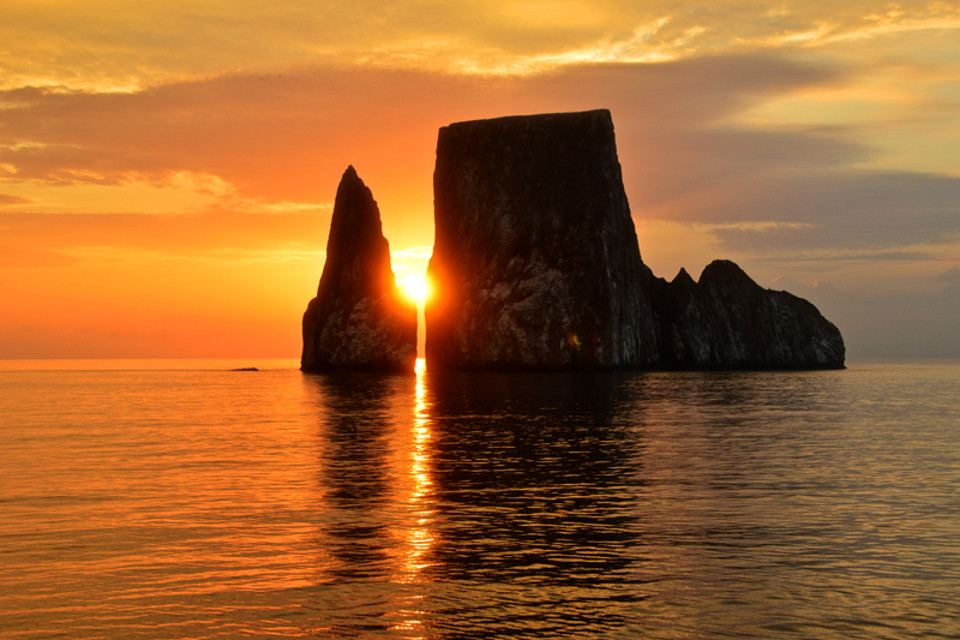 The Galapagos Islands, famous for harboring unique lifeforms, have earned their place on the map for being an amazing tourist attraction. Due to the fragility of their stunning flora and fauna – some of which has been gravely affected by unchecked human activities during past decades – measures were taken by the Ecuadorian Government and the Galapagos National Park (GNP) to help life in the islands recover while maintaining sustainable travel in the Islands. The number of visitors allowed per year (only 75,000 can visit the archipelago) are strictly controlled, as well as items (mostly edible ones) that could dramatically affect the islands’ lifecycle if eaten by native and endemic species or if grown on the islands. Despite all of these ongoing efforts by the GNP and NGO’s working on-site, the Galapagos are in constant threat, as global temperatures rise and consumption habits require more resources than planet Earth can supply. If you are planning on visiting this wonderful place, you are just curious, or you have it on your bucket list (something we strongly suggest doing if you haven’t done so yet), you might be interested in knowing why the Galapagos are so important. Read on to learn about the Top 5 reasons why the Galapagos must be protected, and fall in love with life all over again!

The Galapagos’ privileged location along the equator, along with its particular spot in the Pacific Ocean, has made it possible for lifeforms to prosper in seemingly impossible conditions. Because of the species’ successful adaptations to the islands’ harsh environment millions of years ago, amazing new lifeforms came to be. For millennia on end, Galapagos wildlife evolved and thrived undisturbed by the presence of humans and competing predators. Its unique geological history and location – where the Humboldt, Cromwell, and Panama currents meet – has allowed for many marine and terrestrial species to converge in the archipelago.

The Santa Fe iguana is an endemic species of Galapagos and can be found only on Santa Fe Island.

The amazing adaptation abilities of the Galapagos species were precisely what caught the young Charles Darwin’s attention during his voyage aboard the HMS Beagle. What he observed in Galapagos would later be used as evidence in the development of his theory of evolution. The Galapagos is the only place in the world where you will see Galapagos giant tortoises, flightless cormorants, Galapagos penguins and marine iguanas (just to name a few). Check out our Galapagos BIG15 list to find out more about the iconic species that you won’t want to miss during your Galapagos trip!

Because of the archipelago’s volcanic origin, breathtaking rock formations make up some of the islands’ most impressive features. One of the world’s widest craters is Sierra Negra in Galapagos, and it can be visited over on Isabela Island (through an Island Hopping Program). Walkthrough mysterious lava tunnels in the highlands of Santa Cruz or observe Bartolome Island’s Pinnacle Rock formation (considered one of the Galapagos most photogenic landscapes) from its viewpoint and then walk back down for a refreshing swim with the Galapagos penguins.

Explore the amazing landscapes of the Galapagos Islands!

The lush green will soon arrive to the islands!

If beaches are what you are after, the Galapagos have one in every color (almost): white-sand beaches composed of coralline remnants; black ground-lava beaches; brown-, orange-, or beige-sand beaches composed of tuff rock; shiny olive-colored beaches composed of semi-precious olivine stone; and iron-rich, red-hued beaches. Visit the islands’ highlands to admire how vegetation and life change dramatically within minutes and go back down for a relaxing stroll along the calming Galapagos beach. Make sure to enjoy an unforgettable sunset (Galapagos’ sunsets are almost as famous as its wildlife) in the company of Galapagos sea lions and blue-footed boobies. Every point in the archipelago will inspire you with vistas that are out-of-this-world!

Experience unforgettable sunsets during your visit to Galapagos.

Now, picture yourself partaking in your favorite activity while venturing across moon-like landscapes (both above and below water). The majority of expedition vessels give their guests enjoy all sorts of activities, such as kayaking, snorkeling, hiking, swimming. However, only the ships with multiple guides make it possible to partake in several activities at once. Due to the fact that the GNP forbids any activity in National Park without the supervision of a naturalist guide, guests cannot go snorkeling or kayaking on their own. On vessels where this is possible, you will be able to explore the Galapagos from different perspectives and at your own pace, all while energizing your body and renewing your spirit.

Galapagos is full of adventure! This time, hiking with the Santa Cruz’s guests on Isabela Island.

You will never get so close to wildlife as in the Galapagos. Snorkel with as many as 40 sea turtles over at Punta Vicente Roca or watch how Galapagos penguins dive into the water while you snorkel at Tagus Cove. Spot the Galapagos land iguanas looking for shade under a tree on South Plaza or marine iguanas all piled atop the lava rocks while hiking on Fernandina. If you want to give your arms a relaxing workout, then paddle along the rocky coasts of the islands while on a kayak. The Galapagos will take out the adventurer in you!

TRAVELER’S TIP: If you want to observe the ocean floor without getting wet, simply ask for a cruise that offers a glass-bottom boat option!

There are no seasons on the equator. In fact, Ecuador’s weather is famous for its unpredictable nature and nearly year-long, temperate climate. It’s hot and humid in the Amazon basin, cloud forest and coast; and dry, moderately warm, and chilly in the highlands. On continental Ecuador, the weather swings between a rainy/cold season and a dry/sunny (not that these work inversely on the coast and the highlands). In the Galapagos, there are also two seasons, except that contrary to the continent, they are set in stone. The hot season lasts through December until May and feels warmer, both on land and underwater, which makes for a soothing swim and a nice tan. The landscape is a vibrant green during this time and occasional tropical showers freshen both human and animal inhabitants of the Galapagos. During the dry season, the weather feels chillier and you might even need an extra layer at night. The vegetation turns into a beautiful shade of Hancock grey, and the Humboldt Current makes the water a little cooler but teeming with wildlife. And it’s nothing that a wetsuit can’t fix if you are one to get cold easily! No matter the time of the year that you decide to visit the Galapagos, you will be able to observe its tame wildlife year-round and you will find its tropical climate both friendly and soothing.

Galapagos vegetation during the hot season.

The percentage of endemic creatures on the islands is one of the highest for any archipelago in the world, with 32% of its plant species, 27% of its mammals, 25% of its birds, and 86% of its reptiles being endemic. When it comes to life underwater, the Galapagos are also a natural haven, with the largest concentration of shark species on the planet! For these and many other reasons, the Enchanted Islands have been awarded many titles that recognize their undeniable, natural value.

The Galapagos penguin is the only one found in the northern hemisphere.

For all the above-mentioned reasons, it comes as no surprise that the Galapagos has been so widely recognized as an example of conservation. However, such titles are just a reminder of how much there’s still to be done and how even the smallest effort (like traveling with an environmentally and socially conscious tourism agency) can make a big difference. The Galapagos Islands are a fragile environment, easily affected by weather phenomena and sudden changes in the world’s patterns that make us realize how all our actions are inextricably connected. To care about and protect the Galapagos means to care about and protect the world’s threatened environments and resources. Visit this unbelievable place, fall in love with it, and see for yourself why its uniqueness must be protected.

If you are curious about the best way to explore the Galapagos and you want to get close to some of the archipelago’s most iconic species and stunning sceneries, an expedition vessel is a way to go (although a land-and-cruise combination is also a good idea if you want to experience local island life alongside the gorgeous wildlife). An expedition vessel will allow you to visit the archipelagos’ furthest spots that are only reachable on a cruise. Disembark on shores only a few have walked on before and imagine the possibilities of a planet where humans have learned to not interrupt the world’s natural processes. Become an agent for change by recognizing your place in nature and by spreading the word about this wonderful place. Feel life as you allow yourself to enjoy it to its fullest: pamper and be pampered, savor every flavor, sleep profoundly, lay back under a starry night, learn about new cultures, enjoy a moment of silence, disconnect from this overstimulated world and ponder what you can do to contribute to the conservation of islands; be it through recycling, spreading kindness, owning less stuff and creating more experiences. So come and visit the Galapagos Islands today and be transformed!