The Storm Petrel in Galapagos: A Bird Worth Looking Out For 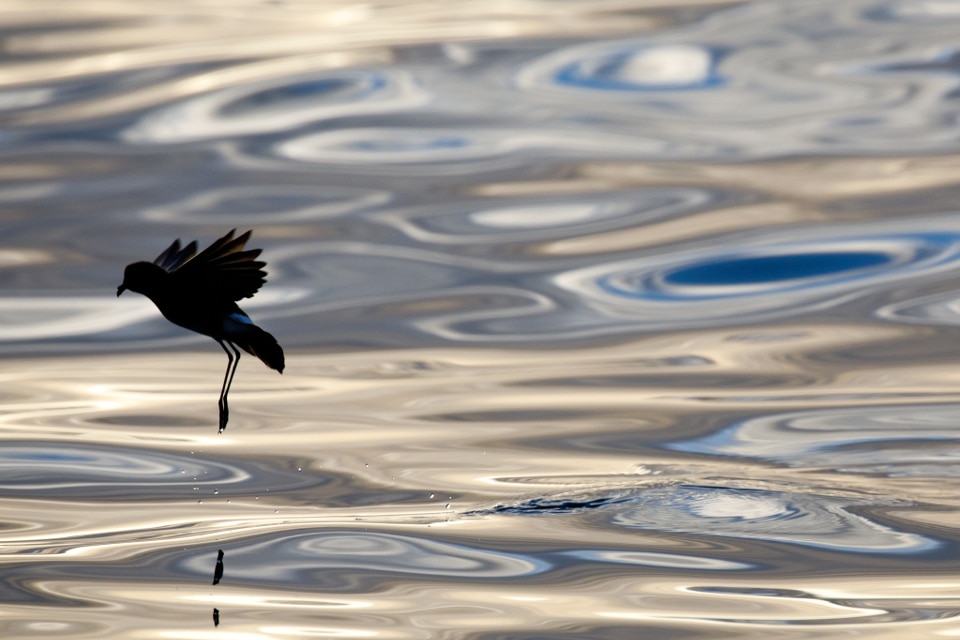 The band-rumped storm petrel in the Galapagos Islands is going for its second round of nesting around this time of year! This bird – which also happens to be one of the smallest seabirds in the whole archipelago – is what some guests might consider being the “pigeons” of the Galapagos when it comes to the way they look. What’s more, is they have a mesmerizing pattern of flight that involves swiftly gliding down towards the ocean and then rapidly turning away before they touch the surface. The way in which their relatively long and heavy wings flap is often compared to the motions of a bat. Throughout the islands, they are commonly known as “patapegada” or glued foot due to their webbed feet. 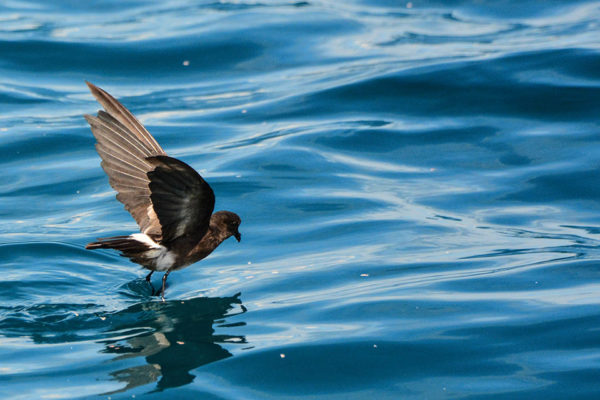 The Storm Petrel in Galapagos

The storm petrel in Galapagos is typically seen visiting its breeding grounds during the day and feeding at night. Their nature as pelagic birds makes seeing this behavior on land a rather rare sight, as they often only come to landmasses during their breeding periods. Scientists still aren’t exactly sure what it is they’re up to at sea (besides eating) when they aren’t breading, mostly due to the fact that researchers tend to have a harder time spotting these quick and small birds while perusing them across the ocean.

Philopatry is at the heart of the storm petrel in Galapagos, and this is their way of balancing their life out at sea by having this natural instinct that brings them back to a specific piece of land in order to breed or feed. The storm petrel in Galapagos will almost always be seen coming back to their natal colonies/nesting sites with their monogamous mate during this time of year.

The Storm Petrel in Galapagos: A Grounded Nesting Strategy

During the breeding season, the storm petrels choose to nest inside the soft ground, typically digging deep caves into the earth in order to make their nest therein. An alternative to this is finding gaps or crevices in volcanic rock which they then cushion with the surrounding vegetation. This habit of nesting on the surface, however, often leads to a greater rate of predation on behalf of introduced species like cats and/or rodents. 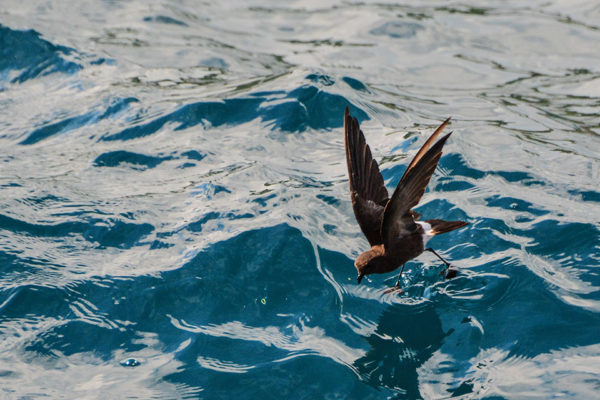 This seabird can be spotted through our Northern Galapagos Itinerary.

Storm Petrels will often be seen breeding between the months of May and October, but sometimes up until December, even. They have one mate for life, and it is with their partner that they devote themselves to taking turns keeping an eye on their eggs and, after hatching, the chicks too. The eggs are usually incubated for 50 days before hatching. Afterward, the newborns will huddle in their nests for roughly 70-100 days before taking their first flight out to sea. They won’t come back to the Galapagos (or land, for that matter) until they are mature adults capable of breeding.

Viewing the storm petrel in Galapagos takes a keen eye and is situated in the right place. They are typically spotted on the islands of Floreana, Isabela, Santa Cruz and Santiago and San Cristobal. Visit the Galapagos today aboard the Santa Cruz II Galapagos cruise and we guarantee that you will be wowed by the amazing number of Galapagos BIG15 iconic wildlife that is available!