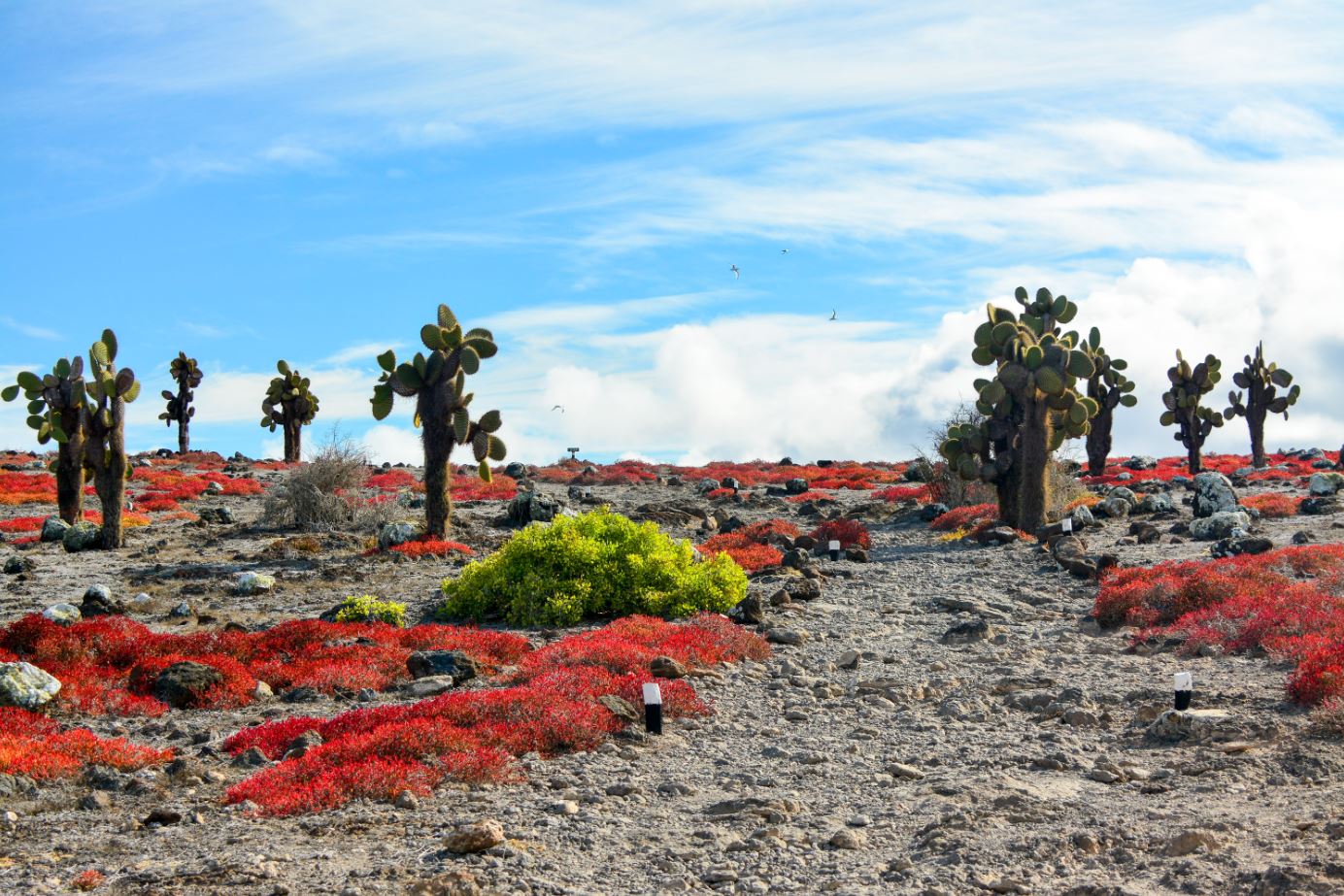 South Plaza Island in Galapagos is one of my favorite islands in the Eastern Itinerary. It’s full of both land life and birds: cactus, iguanas, frigates, gulls, and even the beautiful red-billed tropicbird. It is not really difficult to go by a gull’s nest and see some chicks flapping their wings trying to fly.

For me, as a photographer, light is perfect here! Considering the time of the day, we have an almost picture-perfect golden hour for amazing photography experience.

On this day, as we were walking by the cliff of South Plaza in the Galapagos Islands with the boobies group, Enrique, the naturalist guide, called the attention of one guest to watch his step as he was about to step on a little chick whose color was like the rocks around it. It took us a while to find the chick Enrique was pointing at, but we finally saw him. It was a little fluffy gull chick that was just waiting for mommy to come back with some food. He stared at us wondering who or what we were. We didn’t want to scare him so we went by really fast taking a couple of pictures and allowing the rest of the group to see this magnificent gull.

Once again nature proved us that there are no mistakes in its creations, as the color of the gull offered a perfect camouflage for the chick in an environment full of predators. For this and many other reasons, Metropolitan Touring has implemented its Carbon Neutral Policy, ensuring that the ecosystem is preserved.