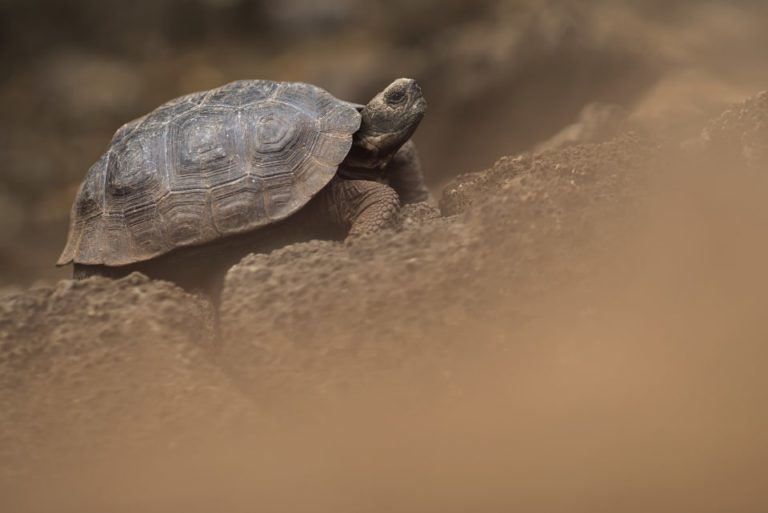 The conservation of the Galapagos Islands, its fragile ecosystem, and most endangered species is a priority not only for its inhabitants but for tourism companies operating there. The release of 190 giant tortoises into the wild, after being born and raised in captivity as part of the Galapagos National Park Breeding Program is of great significance. They will be repopulating Santa Fe Island, where they became extinct 150 years ago, and will begin molding their own ecosystem through their herbivore patterns.

How were they released into their natural habitat?

The Galapagos giant tortoises are real treasures and we have to do our best efforts to preserve them.

The 4- and 5-year old giant tortoises were released on 17 April by means of an expedition that was organized by the Galapagos National Park and the Galapagos Conservancy NGO. Along with the aid of several volunteers, a group of 26 people helped transfer the 190 turtles. The animals underwent veterinary examinations and quarantine procedures in order to guarantee ideal levels of health before being released to the wild.

Their transfer began with a two-hour boat ride from the island of Santa Cruz to Santa Fe. The younger tortoises were kept in individual metallic crates on the boat and were later placed in sacks during their transfer to the center of their new home – a patch of the island roughly 5km away from shore. Each person was in charge of carrying 7 to 8 turtles on foot, taking them carefully along a rather steep, narrow and stony path. After the two-hour walk, the tortoises were removed from their sacks and comfortably settled into their natural habitat. Park rangers have said that the animals were quick to find shelter and start feeding themselves – a first and very good sign of adaptation to their new ecosystem.

The species released in Santa Fe Island is called the Chelonoidis hoodensis, which is part of the Chelonoidis nigra group. This latter species is known more commonly as the Galapagos giant tortoise, which happens to be a Big15 must-see. The hoodensis is native to the island of Española and, even though it is also known for its massive size, it is the smallest of the Galapagos giant tortoises. Even though the numbers of this species were dangerously low a couple of years ago, the efforts of the breeding program have helped reverse this worrisome statistic. With the help of the Galapagos National Park and the Charles Darwin Research Station, these breeding programs have helped endangered species like the Chelonoidis hoodensis finally increase in numbers. With any luck, soon enough they will all go back to being the bosses of the archipelago.

Why is conservancy important for us?

As tourism is one of the main sources of income for the archipelago, preserving it is our everyday drive. Add to this the biological value that the islands hold, and our motivation triples. The better the islands are preserved, the more natural wildlife that will be able to thrive, and the more enjoyable the experience will be for those visiting them in the end. The value of nature in its most undisturbed state is truly unmeasurable. That is why in our Santa Cruz II cruise, we take measures to have as little impact as possible everywhere we go; not just by being respectful observers and active admirers, but by making sure we meet all international standards for sustainability.