The Secrets of the Galapagos That No One Tells You About 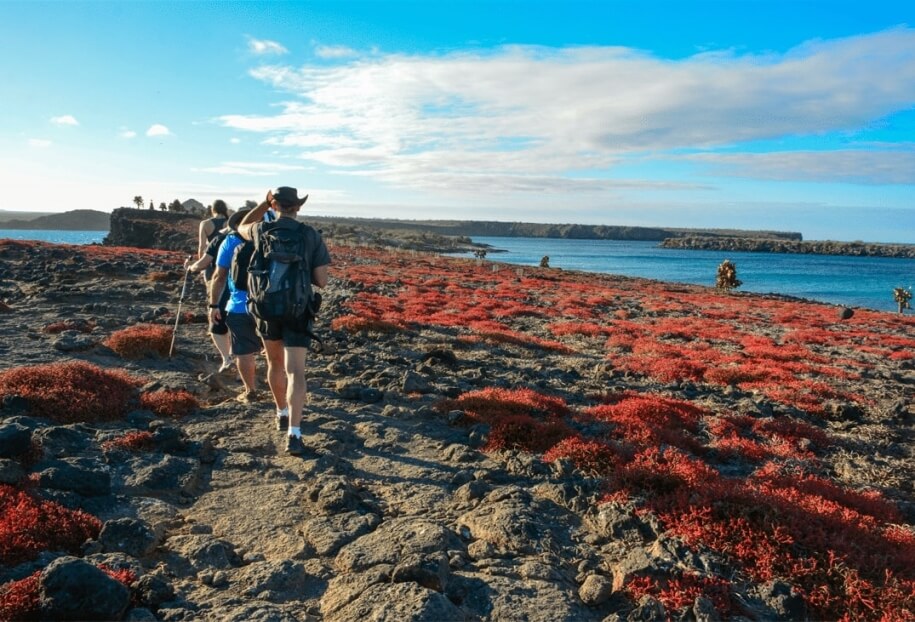 The Galapagos Islands are famous for their diverse and unique plants and animals. In spite of their fame, the islands still hold a few little-known secrets that you can explore if you are fortunate enough to take an expedition cruise through the islands. Learn about the secrets of the Galapagos that no one tells you about.

4 Secrets of the Galapagos

The Galapagos Islands are situated about 600 miles off the shore of Ecuador. The confluence of several ocean currents, some warm and some cold, have created the unique ecosystems on the islands. Because the many plants and animals that have arrived there over the past 4 million years are isolated from their relatives on the mainland, they have evolved into different species. The giant tortoises, swimming iguanas, small penguins, and flightless cormorants are just a few of the unique and fascinating animals that live there. The Galapagos have both Spanish and English traditions, and the islands each have two names, one in English and one in Spanish. However, in spite of the fact that many people visit every year, the Galapagos Islands still hold some secrets.

Although Darwin might have tried to ride them, we recommend not attempting it or even touching Galapagos’ wildlife as it can result in expensive fines.

The giant tortoises may weigh more than 900 pounds and are native to seven of the Galapagos Islands. They can live 100 years in the wild and have been known to live up to 170 years in captivity. They are the longest-lived vertebrates on earth, and in the 16th century, there were about 250,000 on the islands. Their numbers dwindled to about 3,000 in the early 1970s but have climbed to 19,000 today due to conservation and breeding programs. You can visit several subspecies on different islands. There are three main shapes of shells including the saddleback, the intermediate, and the domed. The word Galapagos means “saddle” in Spanish and was used to describe the giant tortoises. In his journal, Charles Darwin mentioned that he tried several times to climb up on the shell of a giant tortoise to have a ride.

2. Some Finches Are Vampires – Secrets of the Galapagos you don’t know

The small Galapagos finches are one of the mainstays of Darwin’s theory of natural selection. The finches evolved different types of beaks over a relatively short period of time according to the available food. One species that live on two islands, Darwin and Wolf Islands, actually sucks blood from two species of boobies. Because of their isolation, they ran out of food and had to look at other options on their islands. The blue-footed and Nazca boobies seemed like likely possibilities for some blood for protein. Whether the boobies resisted in the beginning, we’ll never know, but they don’t seem to mind today. The vampire finches peck a small hole and drink blood, and the boobies just let them get on with it. Vampire finches also steal the eggs of other birds on the islands for food. 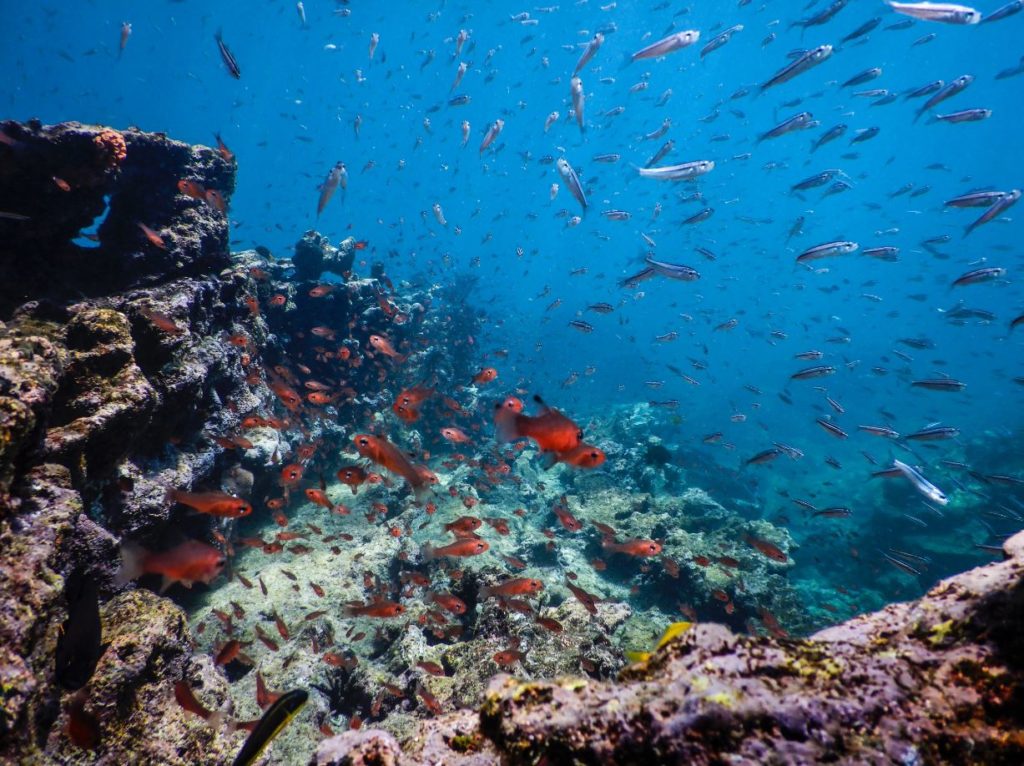 You might encounter different species of fish while snorkeling or diving

When you snorkel or dive in the waters offshore of the Galapagos Islands, you’ll see brilliantly colored fish among other marine life. That huge number of species is only found near the Galapagos, and 50 species are endemic to the islands, which means this is the only place on the planet where they exist.

4. How the Islands Were Formed

Each of the 19 main islands is unique because they were all formed at different times. The oceanic plate NAZCA moves over a hot mantle plume. Volcanoes are born, rise towards the surface of the sea, eventually become sub-aerial and from that moment on, they are considered islands. But as the NAZCA plate continues moving towards South America, new volcanoes break the crust and emerge. Thus, the eastern islands are the oldest and most eroded ones, while the younger islands are the ones located in the west. Each Galapagos island has its very own list of inhabitants and its very own shape and landscape. Fernandina Island is a lofty single giant volcano, so young, it is basically a black basaltic mountain. Its close neighbor Isabela consists of six shield volcanoes, all flat-topped and with smooth slopes. Because of its vast lava fields separating each volcano, to some extent, for certain species, they act as six separate islands. The eastern Islands are low in altitude and often consist of various independent small mounts, known as parasitic cones.

There are several ways to visit the Galapagos, but one of the secrets of the Galapagos is that the best by far is the expedition cruise. Each ship is captained by certified naval officers and crew and has a medical doctor onboard who gives free consultations. The tour guides are trained naturalists and speak excellent English. You enjoy a large cabin, excellent food, entertainment for children and guided tours on the islands. With an island tour, you may spend hours traveling between islands, but an expedition cruise does the majority of traveling at night. When you do reach an island, your ship will be the only one there, so you can step onto the shore and enjoy the many attractions of the Galapagos Islands.