Owls in the Galapagos – daytime hunting and binocular vision 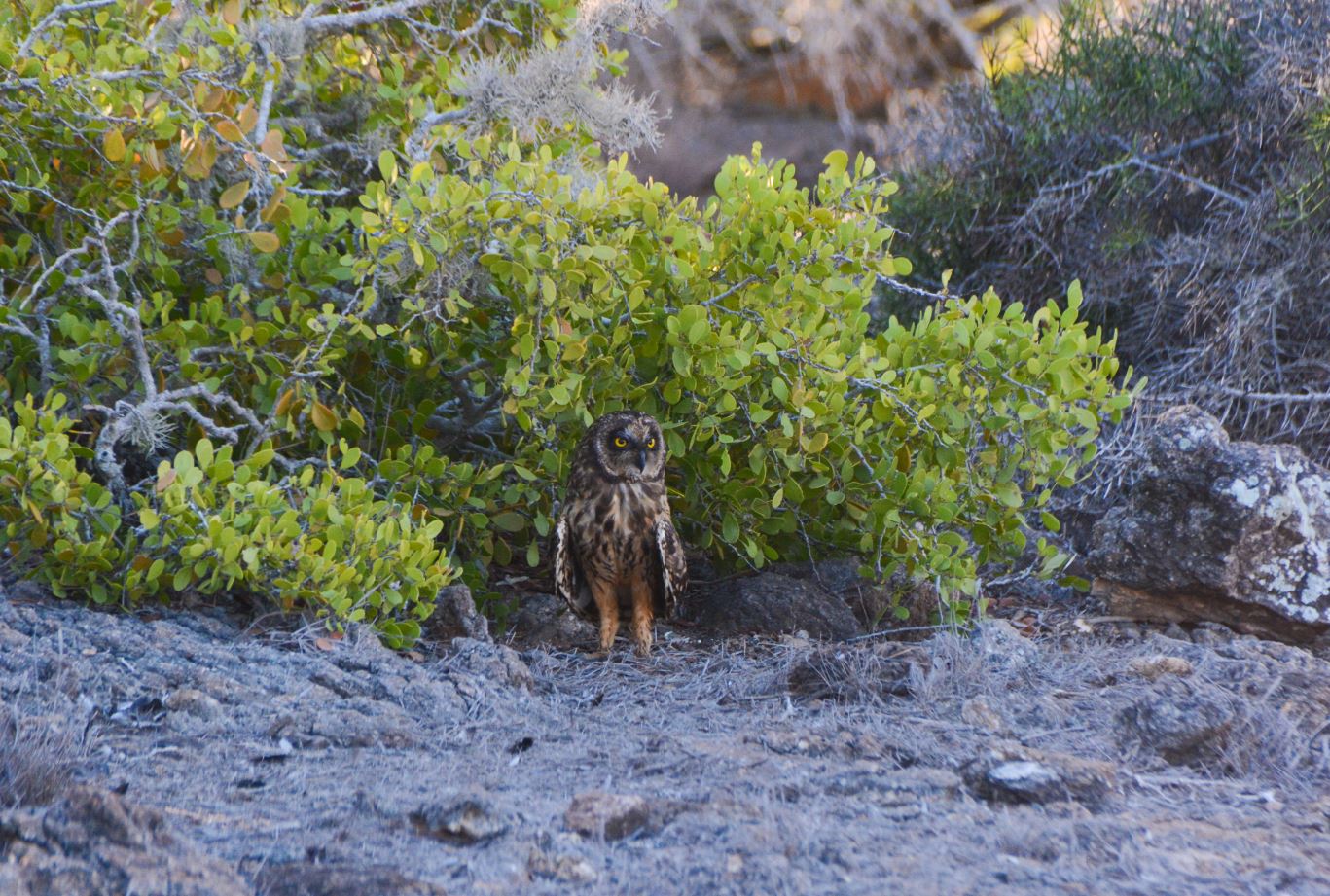 In an archipelago where lizards lounge along footpaths and birds fearlessly lay their eggs in the open, it appears that the Galapagos Islands would be a haven for carnivores. Yet, visitors are often surprised by how few predators actually live in the archipelago, and even more so to hear that no terrestrial carnivore has ever made it to the Galapagos by natural means. The main reason for this is the isolation of the Galapagos, with at least 600 miles of ocean lying between it and any other piece of land. Despite these barriers, there are three true birds of prey that have made their way to the Galapagos Islands. The most commonly seen is the Galapagos hawk, but lurking in the depths of the islands are two species of owls in the Galapagos: the barn owl and the short-eared owl.

Owls in the Galapagos Adapting to life

The fact that owls live in the Galapagos Islands often comes as a surprise to many who visit the archipelago, as rodents, such as the guinea pig of South America or the chipmunk of North America are all but absent in here. In fact, the only species of rodent that has arrived at the islands by its own means is the rice rat, which in itself has suffered the most severe devastation of all animals in the Galapagos. Thus, owls in the Galapagos have had to alter their feeding behavior in order to adapt to Galapagos’ life, eating not only rodents but also lava lizards and birds. However, this is not the only factor that makes them unique from other owls; indeed, owls are not always rodent-specific eaters. For example, the Galapagos short-eared owl has adapted to its environment by frequently hunting during the daytime, thus avoiding competition with the Galapagos hawk. They also are able to hunt birds that are much larger than themselves, such as the booby birds. The short-eared owl is more commonly seen on Genovesa Island. 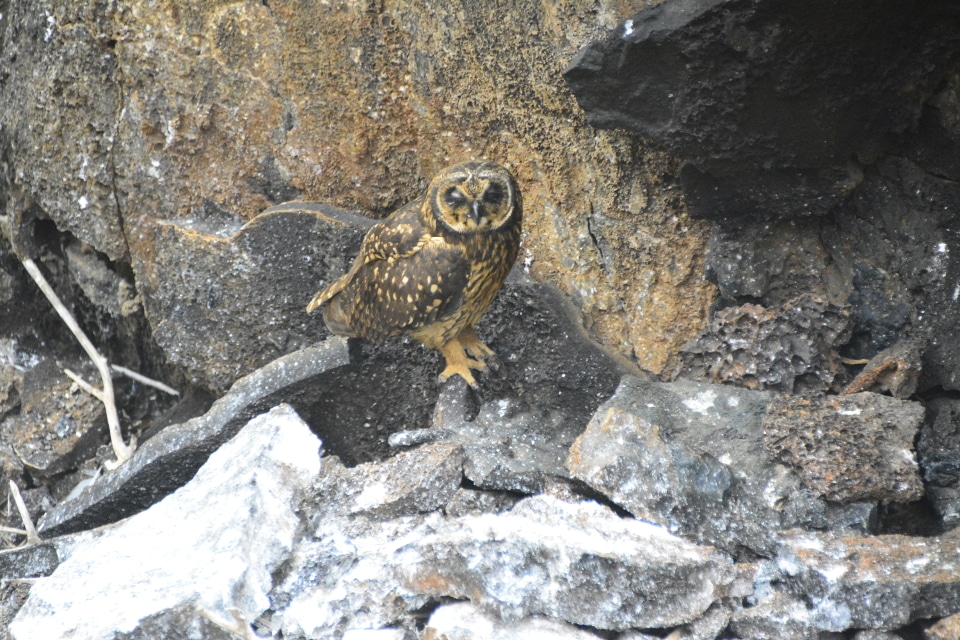 The other owl species in the Galapagos, the barn owl, faces an even greater challenge. Barn owls are typically found around areas inhabited by humans, specifically in old barns or abandoned structures. However, with humans inhabiting only 3% of the Galapagos Archipelago, its ideal home can be hard to find, and instead it often nests and roosts on the ledges of collapsed lava tunnels. There are only a few hundred barn owls in the Galapagos, and they were recently deemed extinct on Fernandina Island due to predation from introduced animals, however, they can still be seen on Santa Cruz and San Cristobal islands.

Seeing in the darkness

The most striking feature of an owl is its large eyes that appear to gaze down from its perch with unworldly wisdom. Owls have been a part of human mythology for millennia, and the significance they have had in our stories is undoubtedly thanks to their eyes, which account for up to 5% of their total body weight. Owls are gifted with an extraordinary vision that allows them to hunt small animals night and day. As an owl’s eyes are forward facing, they see approximately 70 degrees of their 110 degrees of vision with both eyes, giving them binocular vision and thus allowing them to judge objects in three dimensions: height, width and also depth. In comparison to a human, who has a field of view of 180 degrees, 140 degrees of which is binocular, this does not seem altogether impressive. However, owls in the Galapagos have a few other tricks that humans do not, the most renowned of which is their ability to turn their head what seems to be 360 degrees. While this is not the case, they have an outstanding 270 degrees of movement, significantly more than humans. This skill is further enhanced by their extraordinary far-sightedness and night vision.

The spectacular vision of an owl is largely thanks to the unusual structure of their eyes, which is quite different to that of human eyes. Owls do not have eyeballs so to speak, and so are unable to move or roll their eyes. Instead, they have what could be called an “eye tube,” which is made up of rod-shaped cells attached to its skull by bony sclerotic rings. These rod cells are extremely sensitive to light and movement, allowing them to see and hunt at night. Because of this unique gift, many think that owls are unable to see in bright light; however, like humans, their pupils can quickly adapt to determine how much light will strike the retina.