The Owls of the Galapagos: A Nocturnal Creature With Super Eyesight 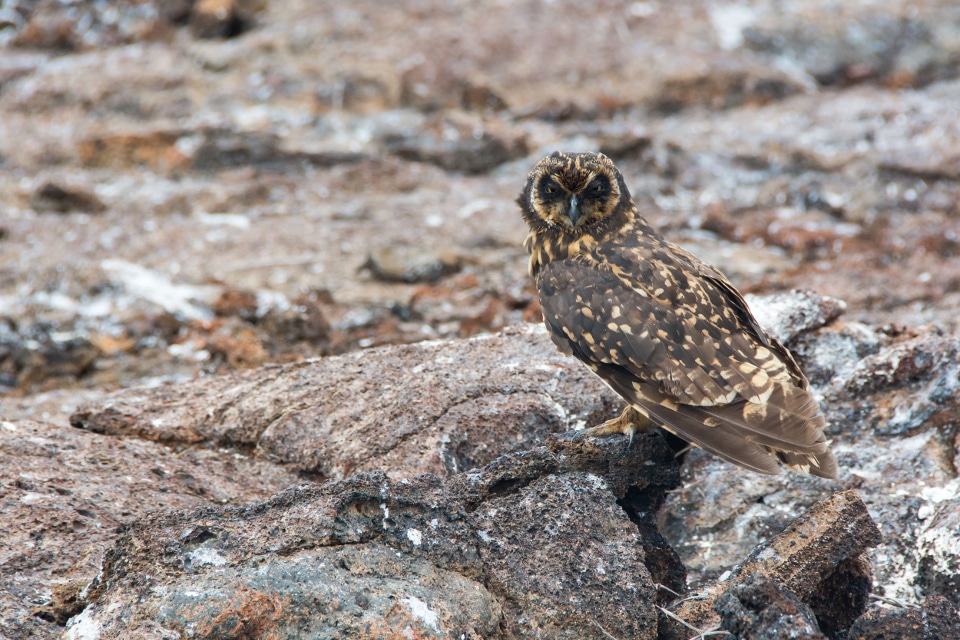 It might seem odd to think you can find a creature like an owl in a remote place like the Galapagos Islands, but it’s actually quite possible. While it’s typically the case that owls hunt for rodents, it’s not uncommon to find them hunting other animals as well. In the case of the Galapagos, owls here have been spotted eating storm petrels and often fly at times that don’t go in accordance with their counterparts back on the mainland. In effect, the owls of the Galapagos have become quite an interesting species to study thanks in large part to their unique hunting habits but also due to their remarkable eyesight.

Outstanding Vision: Owls of the Galapagos Have Held Onto Their Genetic Roots, and Then Some

Despite usually being nocturnal creatures that hunt at night, the two species of owls that exist in the Galapagos are commonly seen active before sunset and right after sunrise – a trait unique to these two owls. Hunting during the twilight hours is almost unheard of with their mainland counterparts, and it’s the mechanisms in their eyes that give them this ability.

Owls have brilliant and enormous eyes that are forward-facing. It’s impressive to note that their eyes are often so big that they’ve been recorded as comprising from one to five percent of the owl’s whole body weight. The forward-facing characteristic of their eyes gives the owl its “binocular” vision – a trait that grants them the ability to see an object with both eyes at the same exact time. Consequently, owls have the added benefit of being able to see objects in 3 dimensions (height, width, and depth). Owls, with their 110-degree vision, come pretty close to the field of view that humans have (180 degrees).

With an abundance of rod-shaped cells in their eyes that are light-sensitive and are aptly called “rod” cells, owls have an impressive ability to see in the dark. Consequently, they are being so sensitive to light makes them super fragile when it comes to strong light, meaning they’re practically blind in broad daylight. In the Galapagos, however, owls have managed to fly during the early and late hours of the day, when the light isn’t so strong. 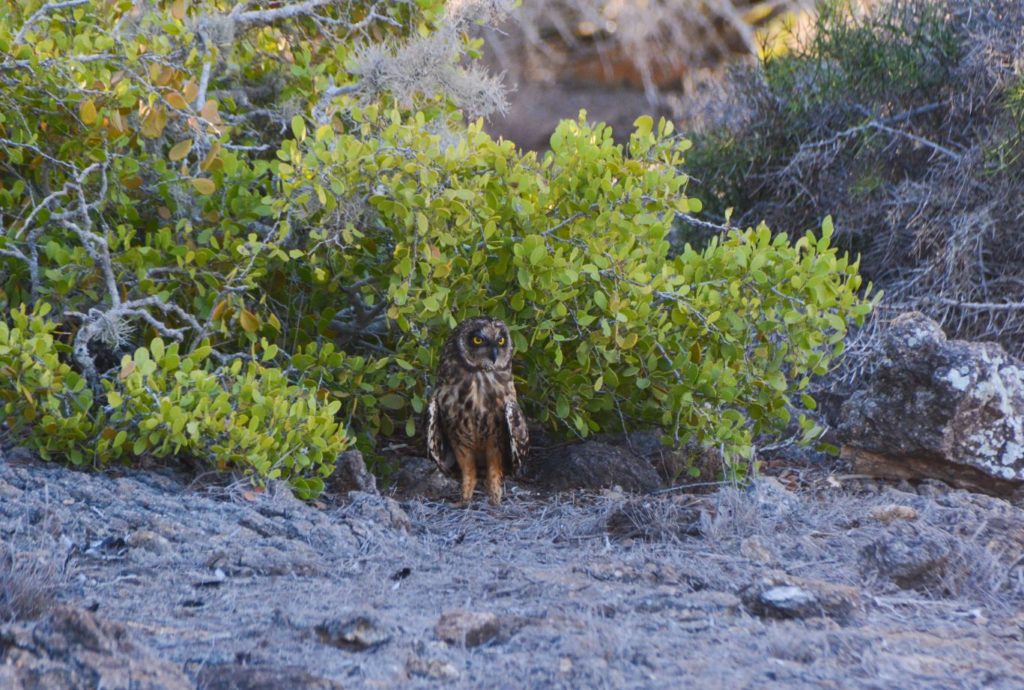 You can have a go at trying to spot these elusive but wholly majestic creatures on the Santa Cruz II Galapagos cruise. There is by no means a solid guarantee that you will spot them on every single island in the archipelago, but should you find yourself on the Northern islands itinerary of the Santa Cruz II, you might just manage to spot them at Prince Phillip’s Steps on Genovesa Island, or sometimes even Santa Cruz Island.