An Incredible Performance with Orcas in Galapagos 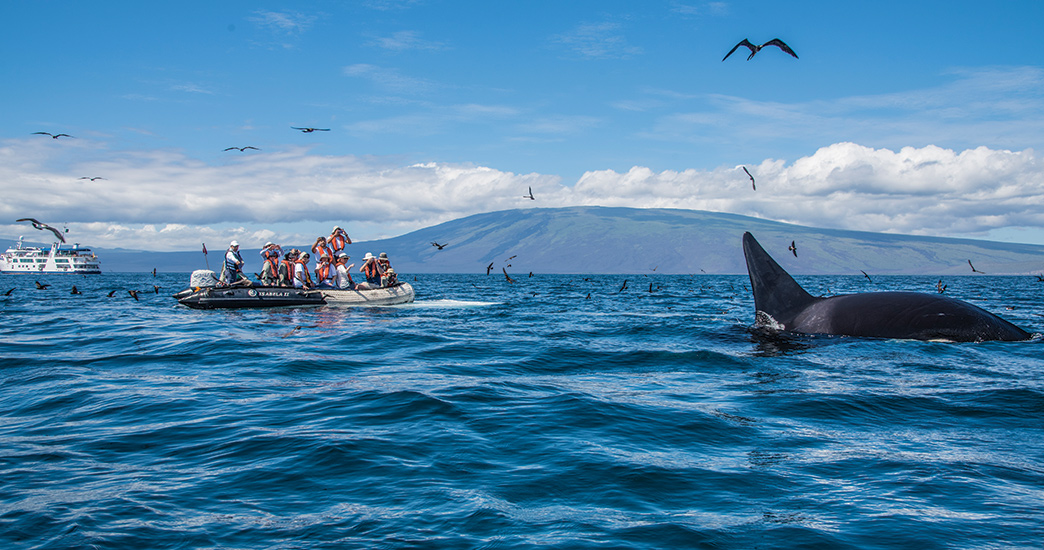 Tuesday, August 16, 2016, Espanola – Gardner Bay – We didn’t know that on the last day of the expedition in the Enchanted Islands, we would witness an incredible performance with orcas!

We had just dropped the anchor on our second visit spot in Española when the Captain informed me that he spotted something big swimming nearby and that whatever it was, it might still be in the area. Most guests were already in the pangas on their way to the beach to enjoy some leisure time in Gardner Bay before our next activity which was either kayaking or snorkeling from the beach.

Sure enough, minutes later we got a radio call from the naturalist guide in charge of the first panga letting us know that he was after some orcas. We all rushed to the sea and started to look for them and to our surprise, we found a group of around five orcas swimming together! Cameras and GoPros were ready and capturing the unforgettable moment. Some of our guests were more fortunate than others as the orcas got closer to some dinghies than others, yet everybody got a chance to see the orcas and we were all pretty happy to have had the opportunity to close the day with such an incredible performance!