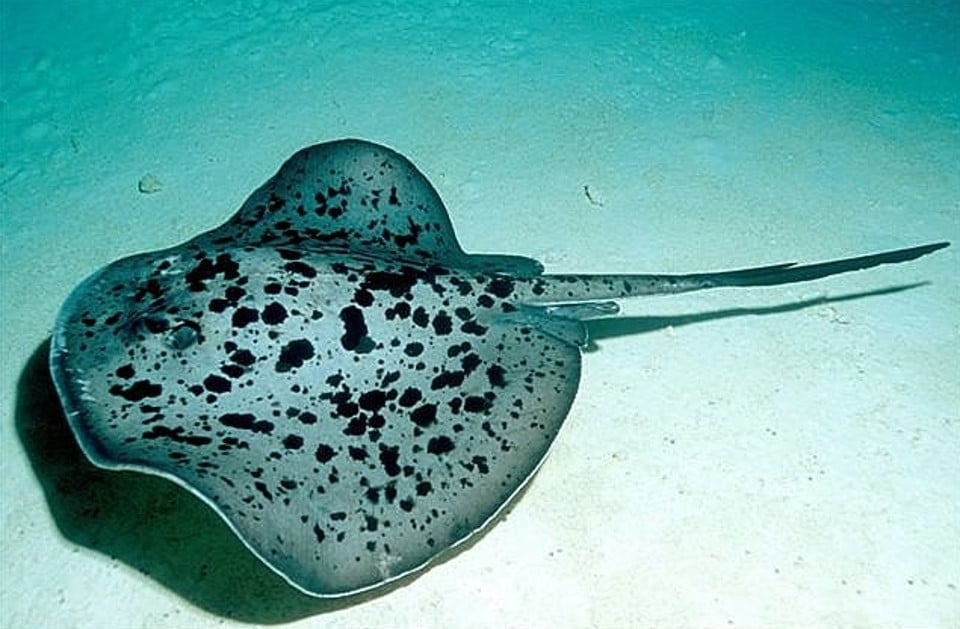 On the last day of the Western Islands itinerary aboard the Santa Cruz II, you will visit famous Fernandina Island. Famous, in part, due to the drama that went on between its first colonizers concerning a baroness and three mysterious deaths. Also famous because of its famous Post Office, located on what is now called Post Office Bay, where any ship that stopped there and was going back home would pick up the letters left there by sailors and visitors and then deliver them to the actual Post Office back on the continent. And last but not least, famous because it is one of the few places in the archipelago where you can see flamingos and a beach filled with baby marble rays. Even though all the reasons mentioned above are blog-worthy, this time we will focus on the beautiful marble rays in the Galapagos Islands. Get to know them a little better before your amazing adventure and marvel at the sight that awaits you!

Marble rays are known by many names: Round ribbon tail rays, Giant reef tail, and Blotched fantail, among others. They also have two scientific names, Taeniura meyeni and T. melanospilos, but are more commonly known by the latter. These amazing creatures are usually recognizable due to their size, growing up to 3 metres in length, 1.7 metres in width, and weighing up to 150 kg. Slightly different in shape than their diamond-shaped cousins, marble rays are rounder and covered in black spots that resemble those of dalmatians. Even though they are not an aggressive animal, they will defend themselves with their venomous tail if they feel threatened.

The marble ray is a nocturnal animal that feeds on bottom fish and small crustaceans on the ocean’s floor. During reproductive periods, one single female is usually followed by as many as a dozen males. Once the female has had her eggs fertilized, they are kept in her body until the embryo develops. She can have up to 7 ray pups that have to fend for themselves from that moment on.

This species can be found in remote places like the Red Sea, East African waters, southern Japan, Micronesia, Australia, Cocos and the Galapagos Islands (which is their easternmost location). Even though they can be seen both in small groups or as solo wanderers, you will not see such big gatherings of marble rays in Galapagos than those seen on Floreana Island over at Cormorant Point.

After a wet landing on a gorgeous olivine-crystal sand beach, you will first head with your group towards the flamingo lagoon. Sometimes these pink birds are spotted here on a daily basis, while sometimes months go by without their presence. Have your eyes open for they might be hiding in the distance, feeding between the rocks. After this first visit, you will then head to the next visitor site on the other side of the isthmus to a Flour Beach – a soft, white powdery strip of coast. Take off your shoes and feel the beautiful sand between your toes. Just remember not to go into the water as this is a baby marble ray hotspot. Look closely into the water and you will spot dozens of them distributed all along the bay, licking the ocean floor in search of food. If you are lucky, you might also see small white-tip reef sharks calmly swimming between the rays. 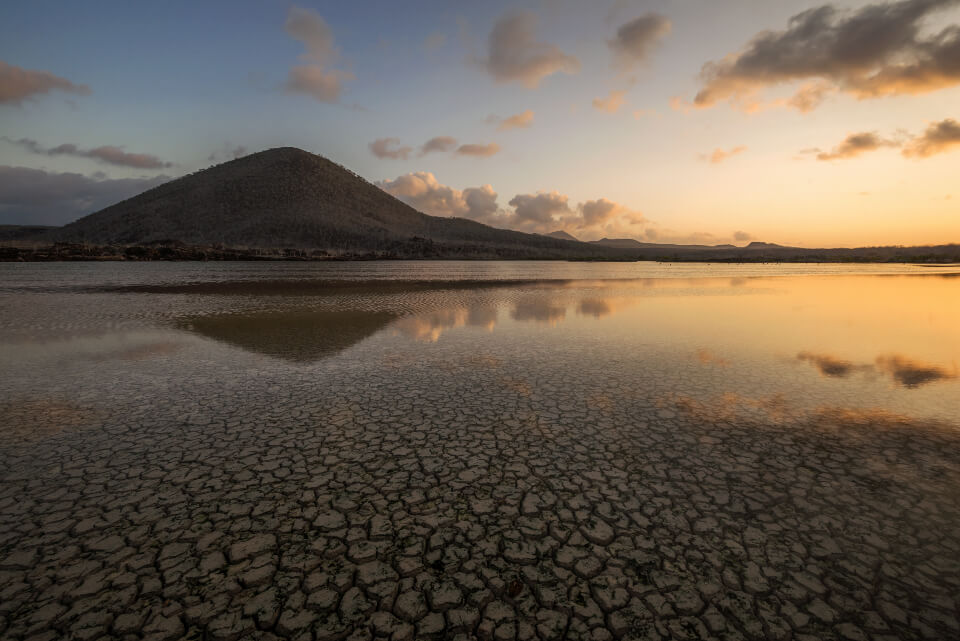 Cormorant Point is located on Floreana Island in the Galapagos archipelago.

The Perfect Setting to Spot Marble Rays in the Galapagos

You will be arriving at this spot right before sunset so you will get a glimpse of the last rays of the sun as they travel through the turquoise waves. A perfectly conic hill to your left and sea turtle nests behind you will frame this magical spot (remember to stay inside the designated walking areas, as sea turtle nests are hidden below the sand and can be easily stepped on). On your way back to the olivine-crystal beach where your dinghy will be waiting to pick you up, you will get to observe one of Galapagos’ famous sunsets. We cannot guarantee how the weather will receive us that afternoon, but no matter what, this visit to Cormorant Point will definitely be the cherry on top of the cake of an amazing Galapagos vacation aboard Santa Cruz II Cruise.