The Legacy of Lonesome George 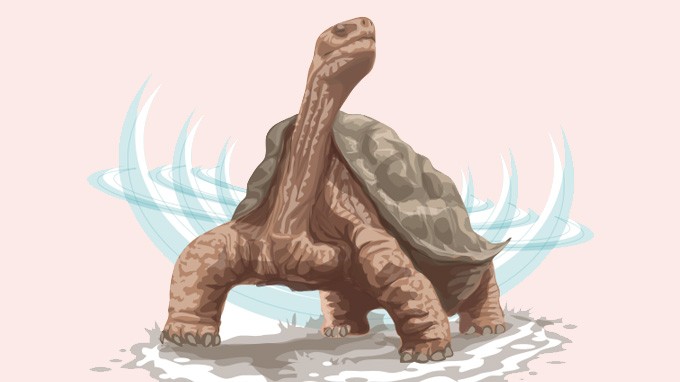 Lonesome George was thought to be a century old by the time he died at the end of June 2012. He was a so-called “ending” for being the last known member of his subspecies and passed away from heart failure. Despite his unfortunate demise, Lonesome George, an important member of the Galapagos tortoises, has left humanity and science with some valuable lessons that we can learn from.

End of the Line

George was known as the rarest creature in the world before his passing. In order for that to make sense, one has to understand that the Galapagos Islands were originally inhabited by thousands of giant tortoises. However, it just so happens that in the 1800s and 1900s, sailors and pirates that traveled through the archipelago hunted huge numbers of giant tortoises for both food and oil.

Adding to this problem, specifically on Isabela Island, was the fact that the overwhelming presence of feral goats (an introduced species) managed to devastate the island’s vegetation and, in turn, the habitat and food for 99.99% of the abingdoni species population, reducing this species to a single individual that was later found in 1971 — decades after many had already considered the entire species to have been extinct. The discovery of Lonesome George was almost like glimpsing just the very tippy-tip of the iceberg of an entire species that had drowned from starvation and the presence of humans.

In spite of all the things we’ve managed to better understand from Lonesome George in the trajectory that tortoise species have taken, it remains a mystery why he didn’t manage to mate with the two female tortoises that were closest to his sub-species.

For Posterity’s Sake: The Importance of Breeding Programs / Conservation Efforts

Lonesome George’s demise is tragic in the sense that he died without an heir, leaving his entire species of geochelone elephantophus abingdoni extinct. This species is one of only 11 types of rare tortoise that were pivotal to Darwin’s theory of evolution. But his death and the legacy he left behind him in terms of the lessons learned serve as a silver lining by highlighting the importance of conservation for endangered species. In many ways, he has become a symbol and a spectacle, too.

But now, three years after his death, scientists in Ecuador and the US believe that they could have found a way to “bring him back.” Scientists are currently experimenting with the idea of finding a way to bring back a species while maintaining at least 95 percent of its DNA, but the theory has not yet become a reality, and so captive breeding programs, like the one in Galapagos, give scientists hope not just for Galapagos tortoise but for numerous endangered species populations around the world, including the California condor. 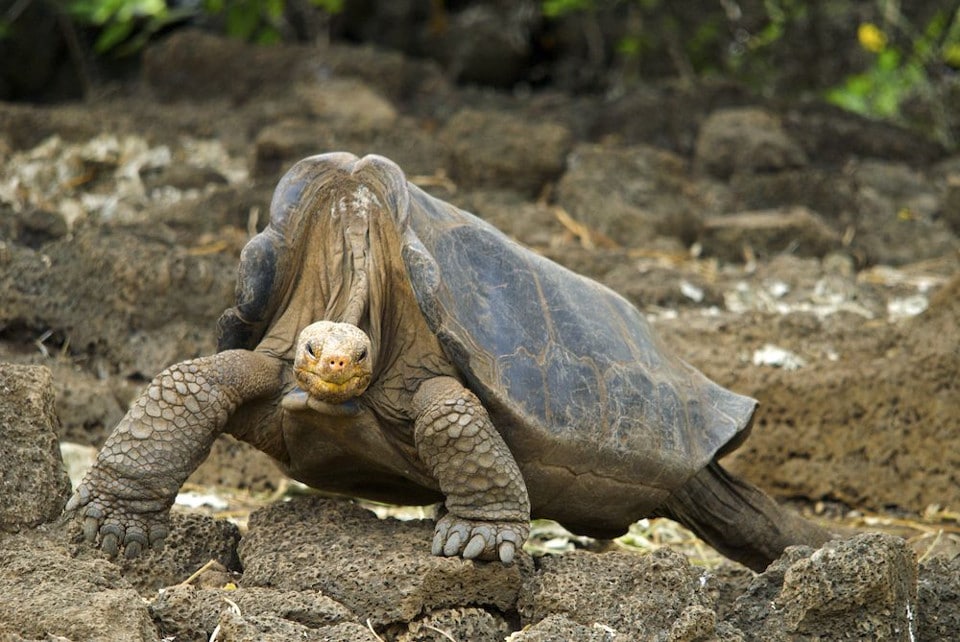 Lonesome George stands as the epitome for what happens when conservation efforts are unsuccessful.

However, other Galapagos Islands species are also in danger or under some level of threat. Galapagos Penguins have been highly affected by climate change. Due to their fragile population, their survivorship filter is very hard. Flightless cormorants, also known as Galapagos cormorants, are mostly found on Fernandina and Isabela, and are also under risk, as is the Hawaiian storm petrel. It is safe to say that almost every endemic species of Galapagos is threatened, due to the imminent effect of the human population residing in the islands.

Numerous efforts are being made to protect the unique Galapagos ecosystem. Just last year, the government of Ecuador announced the expansion of the Galapagos Marine Reserve. It now encompasses 133,000 square kilometers, half the extension of Ecuador, and is one of the biggest in the world. Space serves as a refuge for some of the most distinctive Galapagos sea creatures, like the white tip shark and Hammerhead shark.

The biggest threat to Galapagos’ endemic wildlife, however, comes from the mainland in the form of both people and introduced species. The Ecuadorian Ministry of the Environment is in charge of rigorous control on everyone and everything coming in and out of the islands. But even then, some human-carried viruses and other introduced animal or plant species can go undetected and find their way into this fragile ecosystem. And the local population numbers for people are strictly limited. 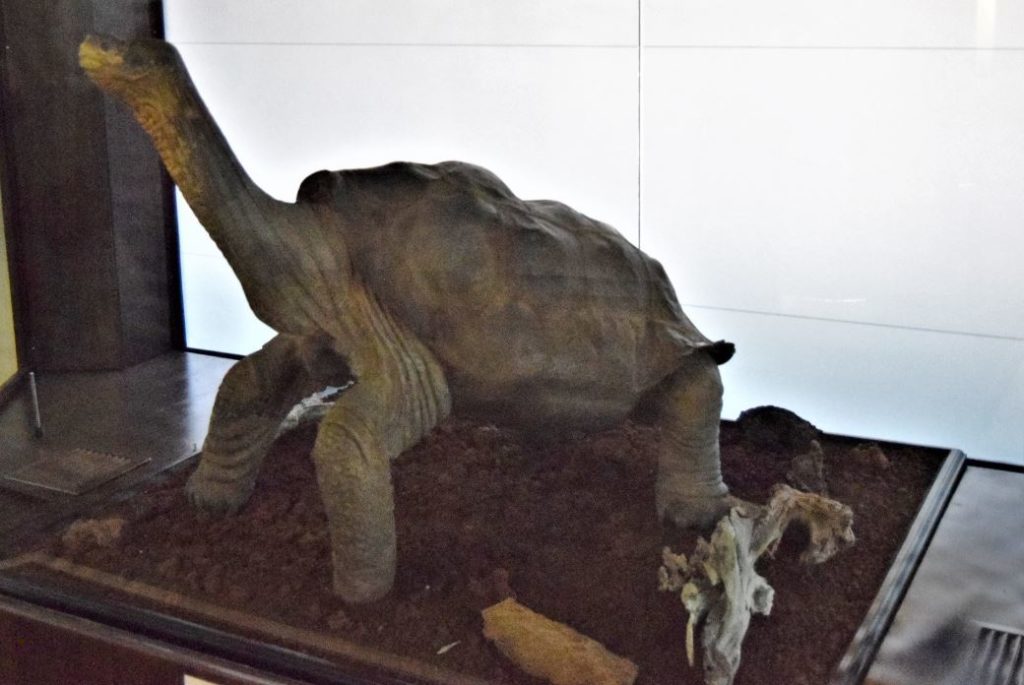 After Lonesome George’s death, the tortoise was embalmed and is on display in the Galapagos Islands. Photo by Anne and David via Flickr

When it comes to Lonesome George’s remains, everyone seems to have a different point of view as to where they should be exhibited. The Ecuadorian government wanted his embalmed body to stay in Quito, to make it more accessible to the general public and to highlight his status as a national treasure. On the other hand, Galapagos authorities thought Lonesome George should return home, to the islands. In the end, the archipelago won.

The Charles Darwin Research Station built a special room with adequate conditions to preserve the body and his remains arrived at Santa Cruz on the 17th of February, 2017 after being displayed at the American Museum of Natural History in New York, since 2012, when he passed away.

In the end, it is important to remember that Lonesome George’s embalmed body is much more than a museum artifact: it is a reminder that even our smallest actions bear consequences and that we are all connected around the world. Sailors in Darwin’s time may not have realized that their use of the plentiful Galapagos tortoise for food would eventually lead to great scarcity and extinction. But today, we are surrounded by information and knowledge. Lonesome George has left us with valuable lessons on sustainability, balance, and respect for Mother Nature and we should do our best to honor them.

The first-hand experience at the archipelago will positively affect your perspective on the beauty and value of nature. Check out our Galapagos tours before organizing your next trip.