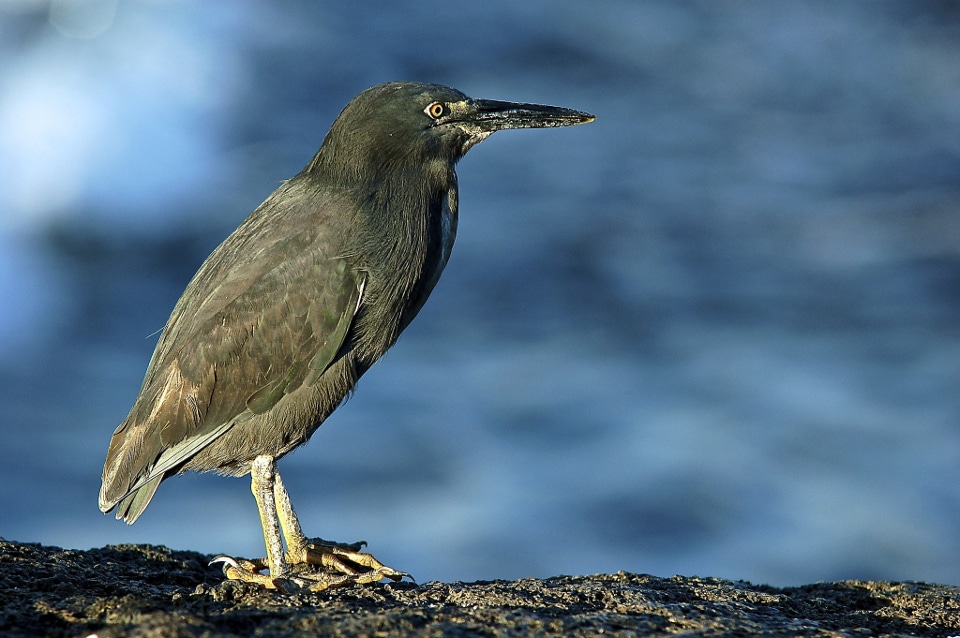 Formerly known as the lava heron, this striated heron (Butorides sundevalli) is endemic to the Galapagos Islands. The Galapagos striated heron differs from its continental brother because of its hues, sporting a beautiful slate-grey color that allows it to blend in better with the rocky environment of the archipelago. This beautiful bird can often be seen moving at a slow pace throughout the rocky beaches during low tides looking for food. Visiting the Galapagos is an experience that you will never forget, as it gives you the opportunity to share the islands with its amazing and incredibly fearless wildlife is what makes the experience so extraordinary. During your Galapagos adventure, opting for an expedition vessel is the best way to ensure that you will be able to observe the most iconic species of Galapagos wildlife. but also other beautiful ones, such as the elegant lava heron. This bird is sure to capture your gaze with its refined and subtle movements. If you are visiting us during the month of October, you are in for a treat, because it’s lava heron nesting season! So keep your eyes open, they are not easy to spot!

Put on the Orange Boots!

Come the breeding season, like many other Galapagos birds – such as frigates with their crimson pouch and blue-footed boobies with their turquoise feet – the male lava heron also puts on its best outfit. When it comes to attracting picky females, their otherwise grey beak and feet turn to deep black and bright orange, respectively. But the extravagance doesn’t last long! They fade back to grey as soon as breeding season is over. 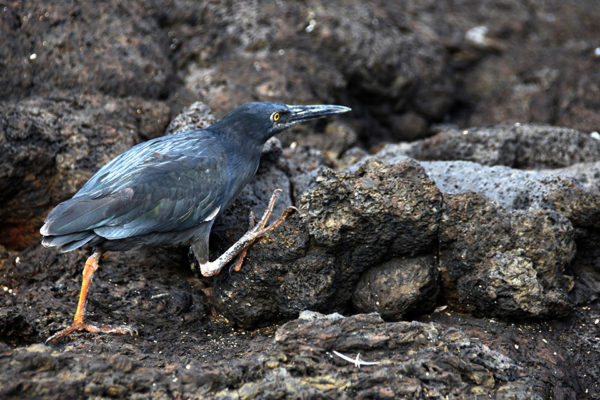 The lava herons have their nesting season in October.

Unlike other Galapagos species of birds that like to live and nest in colonies, the lava heron is one of the few heron species that nest in solitary pairs. They inhabit intertidal zones or mangrove swamps, which is why they prefer to build their nests on low branches or under lava rocks, where it’s safe from predators and protected from the harsh equatorial sun. Due to the fact that the Galapagos don’t have seasons – at least not the regular four seasons, instead of showing two distinctive ones (hot and dry) – most animals do not regulate their breeding processes according to these. Instead, they have an innate way of knowing if nourishment will be more or less available. This is why, like other Galapagos animals, lava herons can breed all year long, though it’s more common to see them breed from September to March.

Lava herons are monogamous for the duration of the breeding season. After they have found a partner, female lava herons build their platform-shaped nests, always located very close to the ocean, with the help of their male partner who looks for small branches and twigs to help in the building process. They can lay up to 10 eggs that are incubated by both parents. However, the eggs hatch at different times. Once they hatch, both parents feed their chicks for up to 8 weeks. Hatchlings fledge within 4 to 8 weeks.

Try and make it a challenge to spot a lava heron, because they really to stand very still for long periods of time! They will make for a great photo! So head on a journey of a lifetime to the Galapagos today on any one of our itineraries! 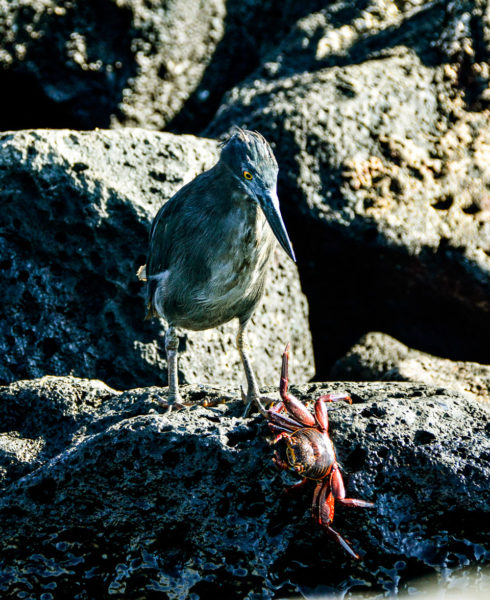 Galapagos lava heron during its nesting and breeding season.