Interesting history of the Galapagos Islands 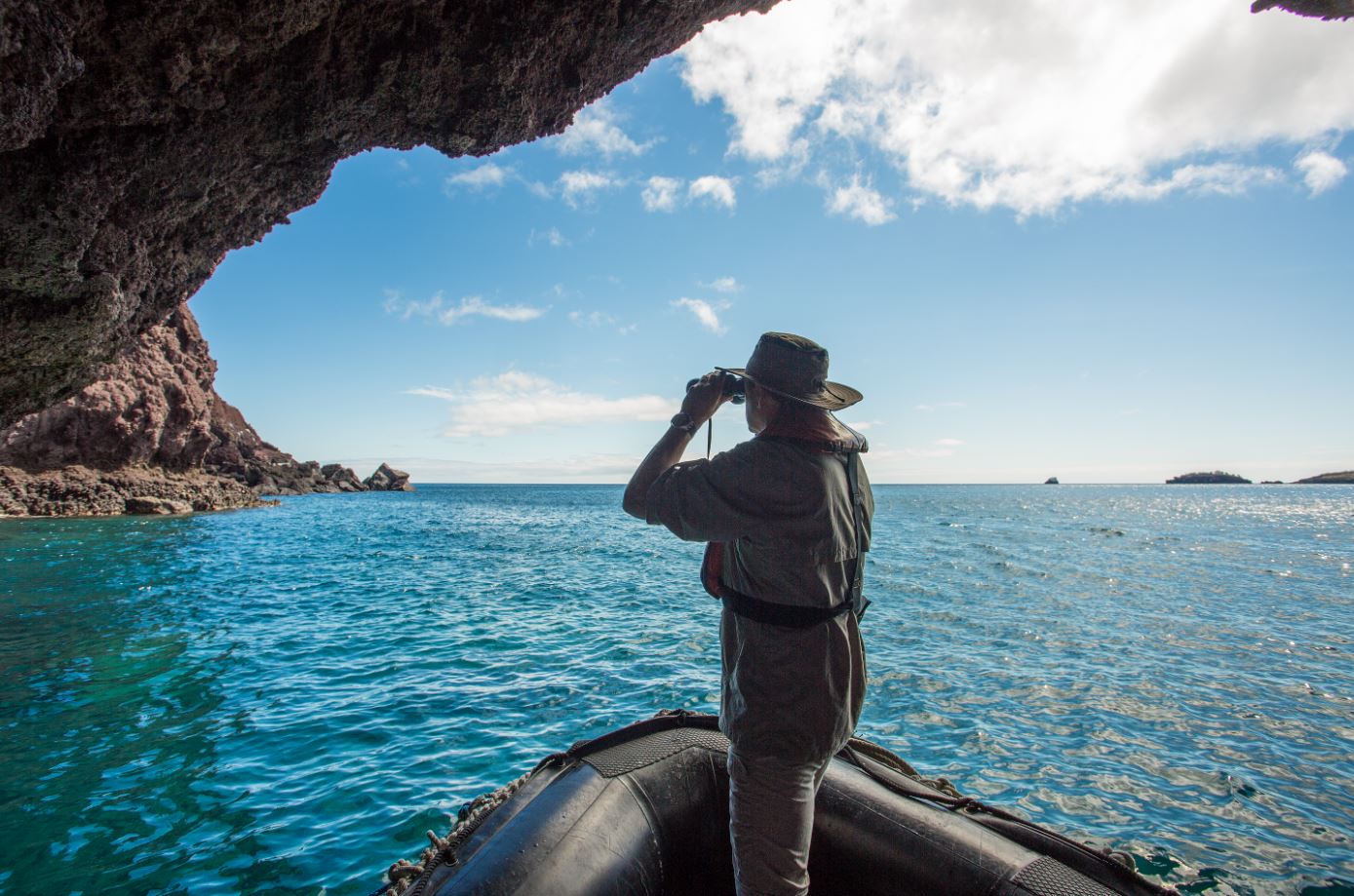 The Galapagos Islands were not always known as a ‘living laboratory,’ famed for their unique ecological and evolutionary processes of its endemic wildlife; instead, they previously staged a much darker side of history – one about pirates, treasures, and Buccaneers. Learn about the interesting history of the Galapagos Islands.

When Charles Darwin brought the Galapagos Islands to the world’s attention following his visit in 1835, he also transformed the meaning of mystery in the islands. The ‘enchanted islands’ is actually an inaccurate

translation of the Spanish phrase ‘las islas encantadas.’ A more precise translation of this phrase, termed by seamen centuries ago, would be the ‘bewitched islands.’ To a tired and thirsty seaman, the thick mist that at times covers the islands made it seem as if they appeared and disappeared. This eerie scene was only made worse as the rocky, dry islands, ruled by giant reptiles, began to spew molten lava. However, it is this meaning that perhaps gives us a more accurate understanding of how the islands were seen for centuries.

Although the islands were technically a part of the Spanish Empire until 1832 (when they were claimed by Ecuador), the Spaniards saw no value in the archipelago.  Fray Tomas de Berlanga, who first discovered the islands in March 1535, did not report the islands in a favorable light, writing to the king of Spain that it was a place where “God…had rained stones” and describing them as “dross, worthless because it has not the power of raising a little grass, but only some thistles.” By the time he and his crew were able to find freshwater in the islands, two of his men and ten horses had died of thirst.

History of the Galapagos Islands with Buccaneers (Pirates) 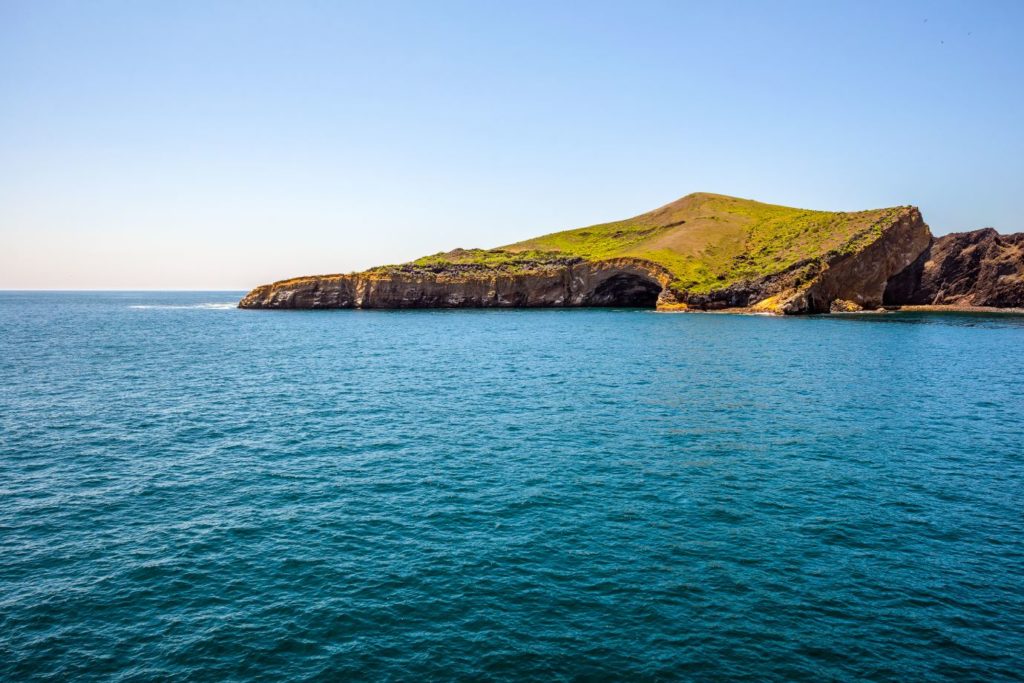 Isabela Island accounts for 60% of the land surface in Galapagos

However, while the Spaniards left the islands to their own devices, they were soon taken over as an important point of refuge for pirates that navigated the surrounding waters. Indeed, many experts consider pirates to be the first people who used the islands and thoroughly traversed them. During the 17th and 18th centuries, pirates ruled the Pacific waters, raiding Spanish galleons for riches that the Spaniards had taken from the defeated Inca Empire. However, ‘pirate’ is more of a subjective term. To the British, Dutch, and French, these brave souls were buccaneers, working for their country against the Spanish empire, draining the Spanish of their resources and power, and providing a bit of wealth for their own empires.

During this time, isolated islands, such as the Galapagos and the Juan Fernandez Islands, were popular sites of refuge for pirates. The Pacific Ocean, unlike the Caribbean waters, did not have pirate-friendly ports where they could restock and reap the benefits of their plunders. A popular reason for coming to the islands was also to careen their ships and provide a basic cleanup and facelift before heading out again to the open ocean. As the Galapagos archipelago was strategically located just off the route between the conquered Inca Empire and New Spain (Mexico), they were far enough away from the mainland to provide pirates with an escape, but close enough to allow them to raid the trade routes and coastal cities. Pirates would take refuge in the islands for several days, stocking up on tortoises for meat and freshwater. Englishman Richard Hawkins was one of the first and more famous buccaneers to use the islands, along with the Dutchman Jacob L’Hermite Clerk. 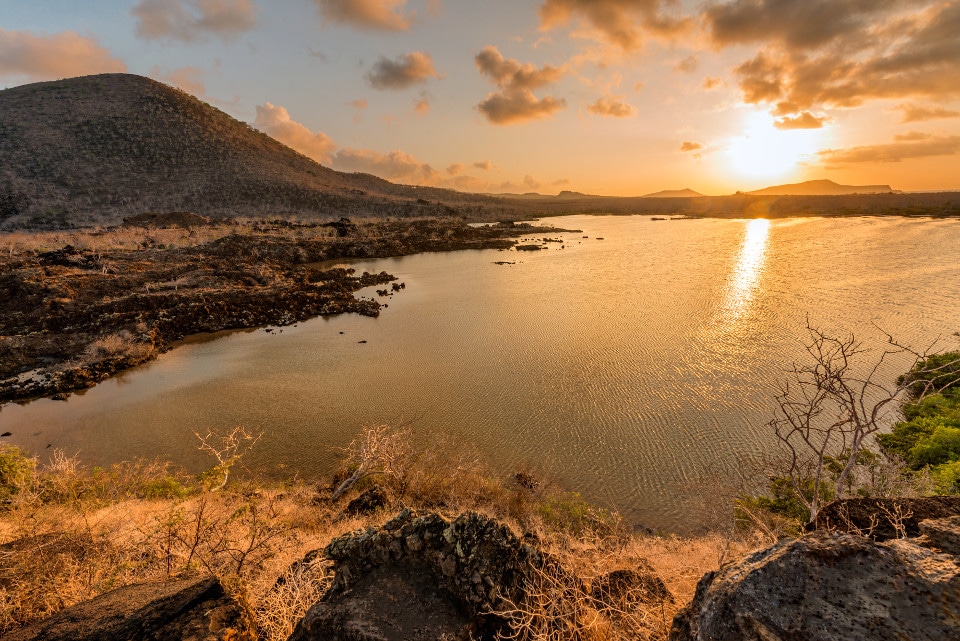 Several sides and islands in the Galapagos archipelago are still unpopulated until this day. Conservation efforts prevent people from settling.

Visitors to the islands can still see traces of the pirates that stayed in the archipelago, specifically on Floreana Island where caves were formed out of rock walls close to small freshwater springs (one of the few sources of freshwater in the islands). Buccaneer Cove on Santiago Island was a popular site for pirates, as well as San Cristobal Island due to the relatively large amount of freshwater it holds. It is likely that the pirates buried some of their plunder in the Galapagos Islands- the most ancient form of modern banking. However, while people have claimed to have found some of these treasures, there are no official reports of findings, and it is very unlikely that any of the loot remains in the archipelago.

One historic visit, who put the Galapagos in the map for other reasons, was made in February 1825 by Benjamin Morrell. Not only his superb descriptions allowed readers to understand well the many places he sailed to, but his detailed observations allowed adventurers, sailors, and seamen to get enticed on a sea voyage. As Captain of the Tartar, his narration of a volcanic eruption on Fernandina Island leaves even modern readers with goosebumps, as the vessel sailed along the Bolivar Channel with the only option of finding winds to sail out from the area. As the ship and crew got closer to the source of molten rock, the tar holding up the wooden structure of the vessel started melting since the air temperature reached a fainting 123°F. The sea temperature was even worse…the thermometer read 150°F.

Nevertheless, other than the caves and a few journal entries, the pirates left very few signs of their presence in the islands. It is in part thanks to this that today we consider them to be the enchanting islands that they are. The human history of the Galapagos Islands cannot only be entertaining but certainly brings back a sense of adventure and strong will that few destinations can coin.