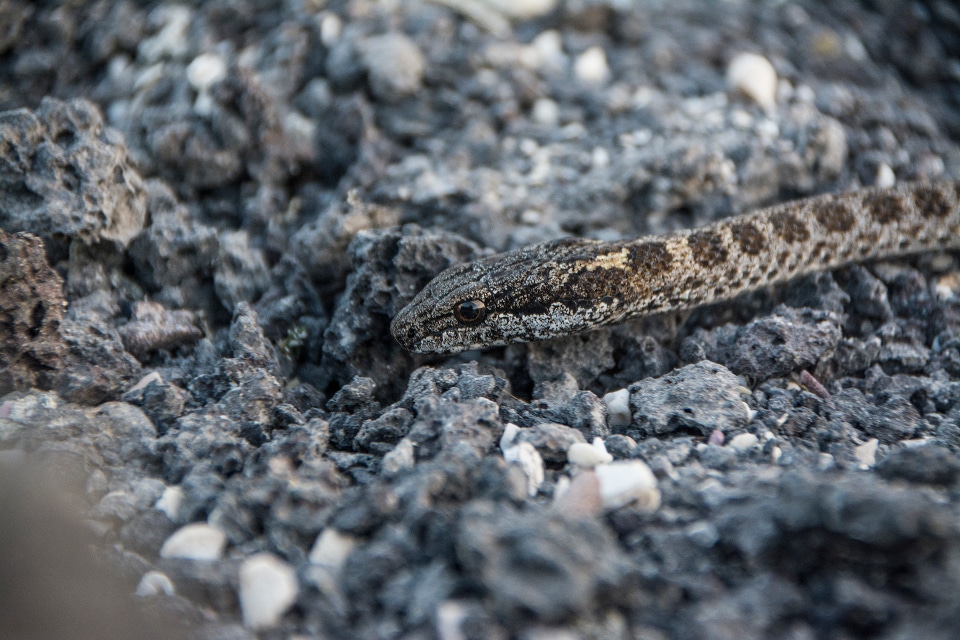 Galapagos racer snakes have taken center stage, co-starring alongside David Attenborough. Last month, the BBC announced the upcoming production of the long-awaited second season of Planet Earth. The return of this program about nature and wildlife is an exciting piece of news for its many fans. Season 1 was amazing because of the places the program visited and the outstanding shots they got on wildlife. As a photographer, I cannot even begin to imagine how much preparation and patience the cameramen, crew, and production team need in order to create such a detailed, artsy, and expensive series.

This amazing production takes viewers to the archipelago’s newest island, Fernandina. They bring us all the way to the center of planet Earth, to the Galapagos Islands, (You can locate this Western island on one of these Galapagos maps!) The episode shows a baby iguana running through a rocky beach, when suddenly racer snakes start coming out from behind every rock to try and catch it. At one point the baby iguana almost gets caught and hope seems futile, but finally, it manages to escape from what is literally a beach covered in snakes. 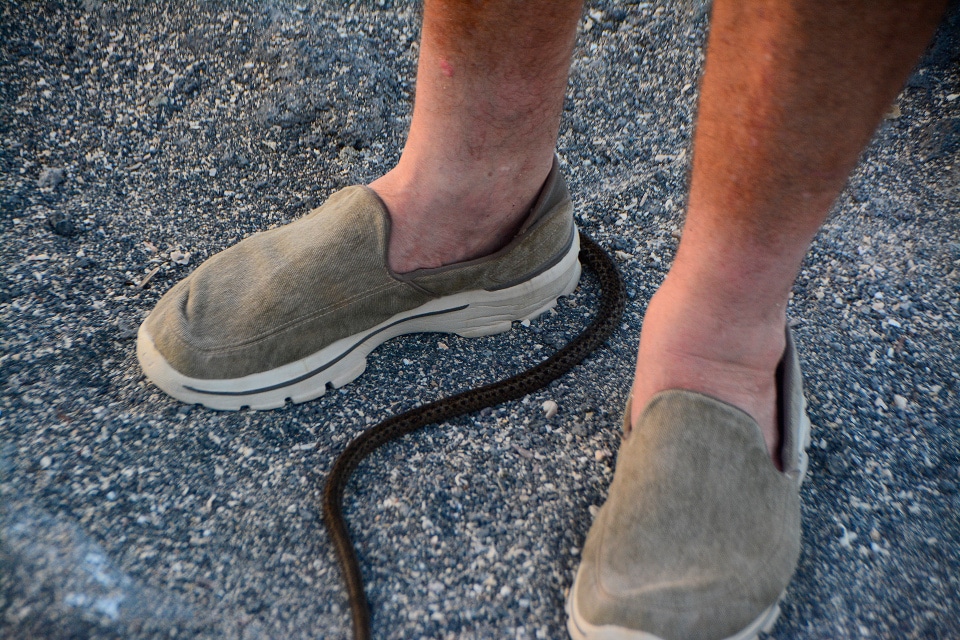 Other snake species inhabit the islands, and like Galapagos racers, they are constrictors and mildly venomous. They usually prey on lava lizards, insects, iguanas, rats, mice, and several bird hatchlings. Visitors will be interested in knowing this snake is not aggressive towards humans and even if threatened, would not do much harm. One of this snake’s most rare characteristics is that, unlike others of its species, it has learned to hunt and eat fish in order to survive.

The Many Surprises of Fernandina

Many guests plan their trip specifically to visit Fernandina Island, where we disembark on the second day of our Western Islands Itinerary. Fernandina offers surprises on every square centimeter, from beautiful landscapes to special Galapagos fauna and flora particular to this island. In reality, snakes are not commonly seen in the Galapagos Islands, and even when present, their spectacular camouflage keeps them out of sight. This particularity might be one of the reasons why walking around Fernandina is so exciting: you have to keep an eye open for what could be right in front of you. Who doesn’t love a little suspense!

Thursday, during our scheduled walk, was not an exception. A surprise was waiting for us not long after we started our outing: a mid-sized Galapagos racer snake passed through our feet as if we weren’t even there. You could feel the nervousness in the air, but in the end, the Galapagos racer left us nothing more than a beautiful memory.

After all, the most incredible thing about Galapagos wildlife is that they are not at all bothered by the presence of humans and go about their lives as if they own the place because they do. Humans are just observers who are lucky enough to get a glimpse of their territory and try to leave it as undisturbed as they found it.