Marine Reserve in the islands provides hope for sharks 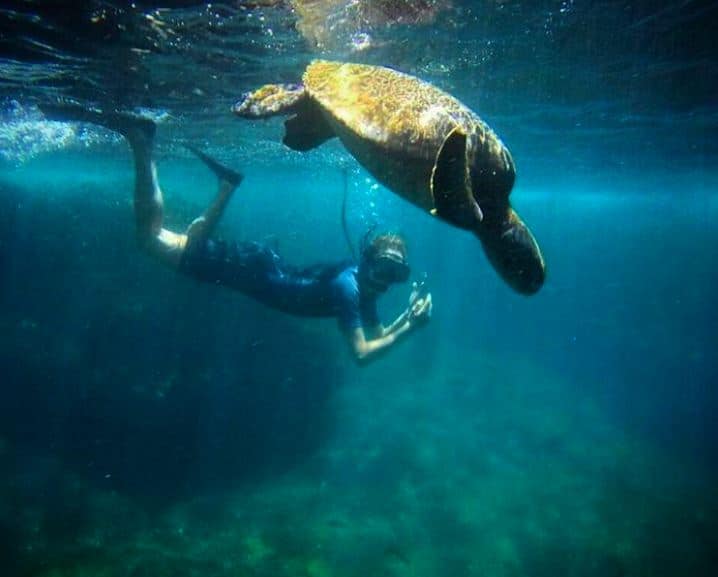 On March 21, 2016, divers, researchers and environmental activists alike had reason to celebrate following the inauguration of the Darwin and Wolf Marine Sanctuary, signed into law by Ecuadorian President Rafael Correa. The new Galapagos marine reserve expands over 18,000 square miles of extremely rich waters surrounding Darwin and Wolf islands, representing one-third of the waters around the Galapagos Islands (approximately the size of Belgium). The formation of this marine sanctuary for the Galapagos wildlife, which significantly increases the size of the 80,000-square mile marine reserve that was created in 1998, officially forbids all extractive industries, such as fishing, oil drilling, and mining, granting the area one of the highest levels of environmental protection in the world.

The waters that surround Wolf and Darwin islands are quite possibly the richest in the Galapagos Archipelago and are home to an extremely diverse array of marine species, but particularly sharks. There are reportedly 34 shark species that live in or migrate through these waters, including the Galapagos whale shark (the largest shark species in the world), the hammerhead shark and the Galapagos shark. The new “no-take” zone is particularly important for the near-extinct hammerhead shark and the whale shark. The vast majority of whale sharks that migrate through this Galapagos marine reserve are heavily pregnant, meaning the archipelago is an important part of their breeding grounds.

Though they are called “whale sharks” these animals are not actually whales, this name is used merely because of their size

However, the decision to create this sanctuary also means that the largest concentration of fish biomass in the world will be protected from all forms of fishing. According to a new study by Pelayo Salinas, of the Charles Research Station, this area contains an average of 17.5 tons of fish per hectare, approximately twice as concentrated as the second most concentrated area known to the scientific world, which is nearby in the Cocos Island National Park, Costa Rica.

Marine Research Ecologist Boris Worm wrote in his 2013 paper that global shark populations are estimated to be hunted at a rate of between 6.4 and 7.9%, a level which surpasses the populations’ ability to reproduce. Unable to re-strengthen populations fast enough, sharks are running the possibility of extinction in the coming decades, which would not only effect sharks but all ocean life. More often than not, sharks are top predators; thus, the disappearance of sharks would disrupt the entire food chain and put multiple species in danger.

Such “no-kill” zones often cause concern among local fishing communities. However, the new sanctuary, with support from the National Geographic Foundation, provides compensation to local fishermen in the Galapagos Islands, and experts have assured the community that catches outside of the sanctuary will increase as a result of increased reproductive success within the sanctuary. Furthermore, tourism is still allowed within the marine sanctuary, provided that industries comply with strict regulatory standards, creating a significant benefit not just for the archipelago, but for Ecuador as a whole. Moreover, the new Galapagos marine reserve is expected to benefit the archipelago in general, as the National Geographic’s Pristine Seas project determined that a shark is worth almost $5 million over its lifetime versus the mere $200 it is worth when sold by a fisherman.