Galapagos Islands are a living laboratory of evolution 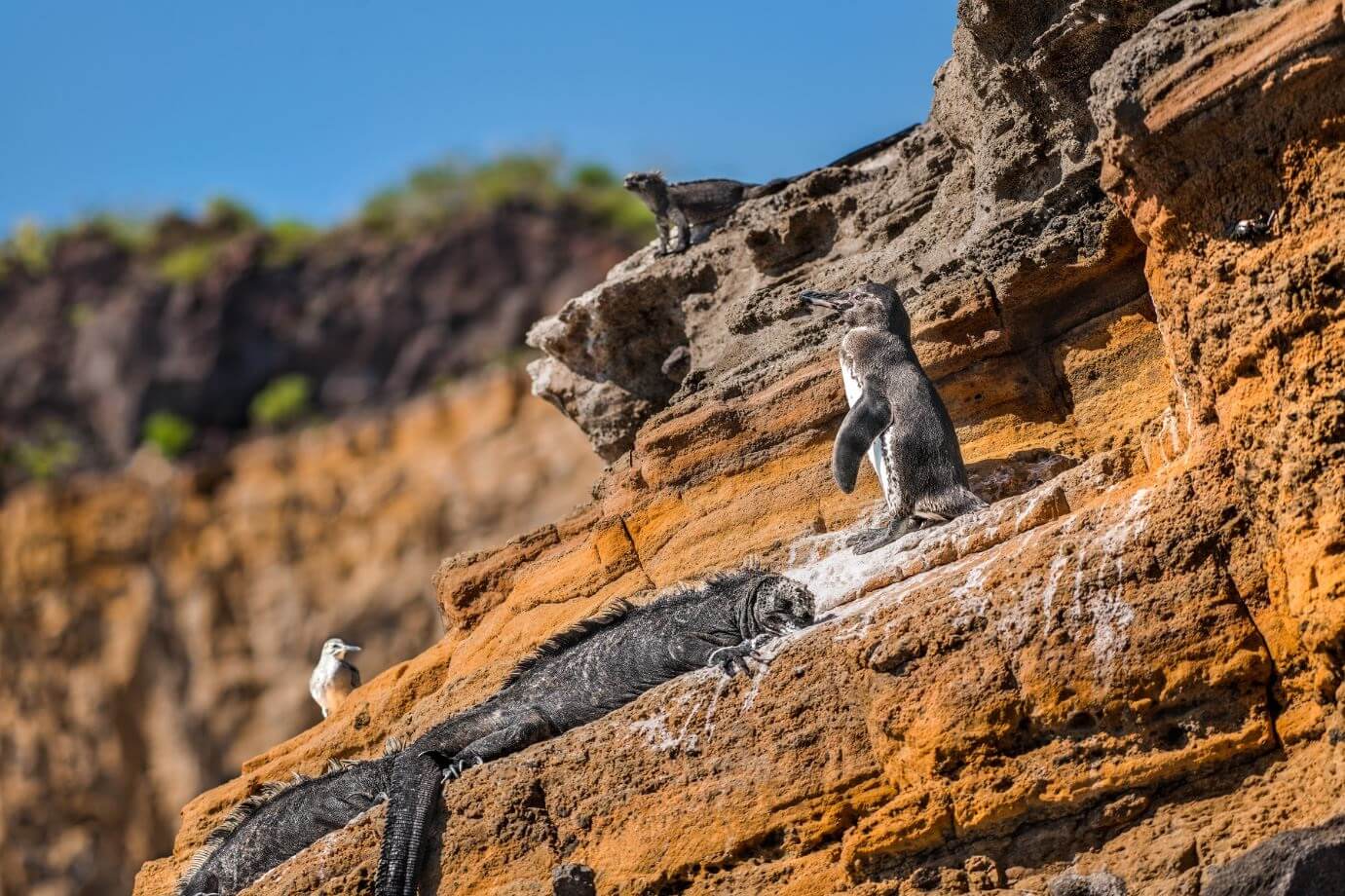 The animals of Galapagos evolved and developed in isolation for millennia. Although the islands were discovered by the blown-off-course Bishop of Panam in the mid-1500s, it really wasn’t until the 19thcentury that Man took any notice of these “enchanted isles”. In fact, mariners hated them. The “enchanted” of the tourist brochures is really a mistranslation of the Spanish “encantadas” which should really translate as ‘ bewitched in this context. Cloaked in garúa sea mist for half the year, black and foreboding, occasionally spewing volcanic fire, and with very few sources of fresh water, no seaman worth his salt wanted to spend any time in the archipelago.

There are different species of giant tortoises in the Galapagos Islands.

But the whaling trade changed this. The Humboldt Current that carries nutrients northwards from the frigid seas of Antarctica brings vast schools of fish and cetaceans. For the whalers who sold whale oil to the citizens of the burgeoning cities of North America and Europe, Galapagos’ fame grew almost like that of San Francisco in the midst of the gold rush.

The whalers wreaked havoc on the islands’ ecosystems. They let domestic animals loose for future use, chopped forests for burning down whale fat and carried off tens of thousands of giant tortoises, whose meat would sustain them on their long sea voyages. The reptilian tortoises, stacked five-high in the holds of the ships, could last three months without water – the ideal meals-on-shells.

These sad events, however, pale into nothingness when compared to Man’s millenarian depredation of the South American environment. Within only a few thousands of years of homo sapiens crossing the Bering Straits, all of the continent’s large land mammals (with a couple of exceptions) had been exterminated. The survivors developed an in-born fear of Man. Land mammals ran a mile. Birds flapped for their lives. This is the world as we know it; the relationship with the natural world we have come to accept.