Bzzz: On the Lookout for Galapagos Insects 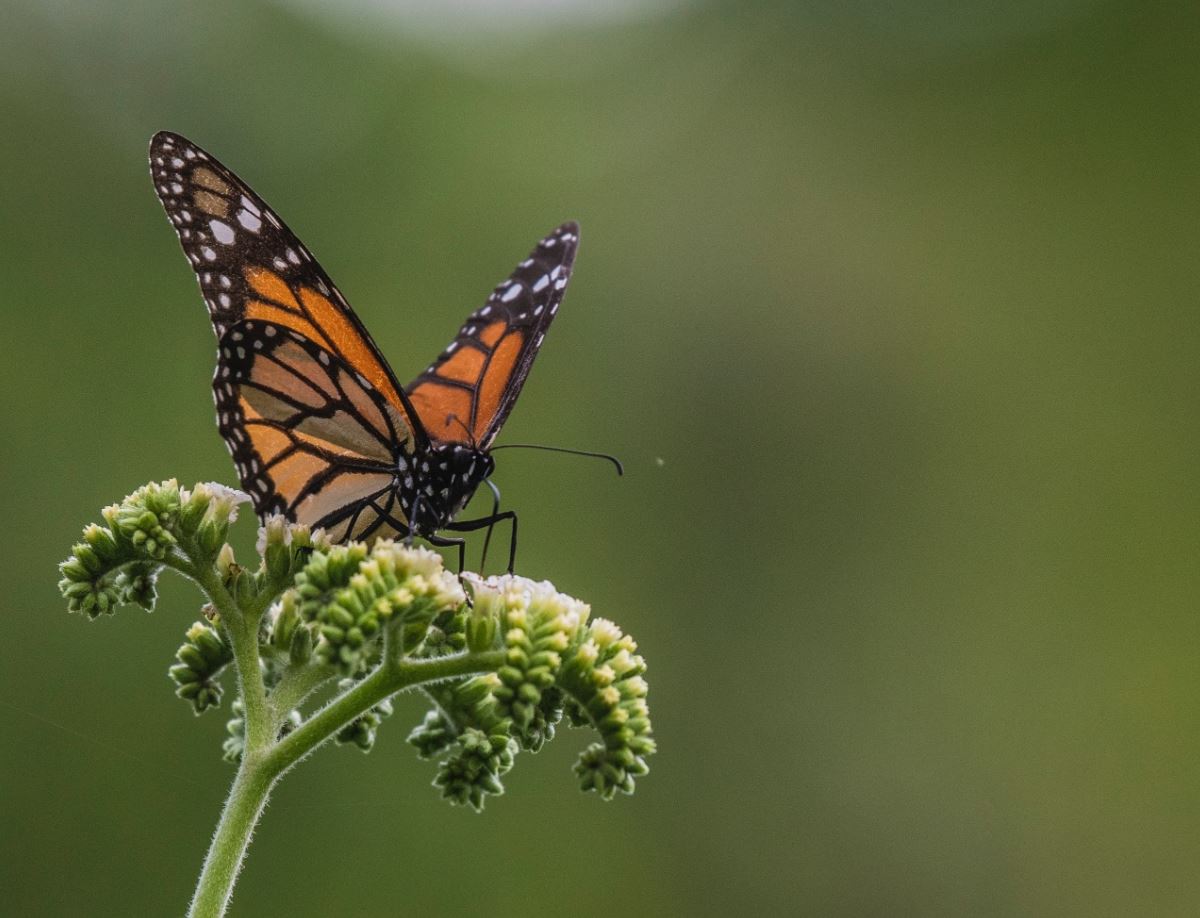 Since the Galapagos archipelago sits along the equator, visitors to the Galapagos often arrive loaded with insect repellant and insect-resistant clothing to ward of the herds of mosquitos they imagine to be inundating the ‘tropical islands.’ However, Galapagos insects, including mosquitos, are limited in both variety and numbers. In fact, visitors typically come across very few insects in the islands, and insect lovers actually have to search to find them in any significant quantities. So, for those of you worried about exploring the islands among swarms of insects, do not fear.

There are approximately 1,000 insect species in the Galapagos, which, in comparison to the more than one million species on mainland Ecuador, is strikingly low. This is partly due to the fact that the islands are primarily dominated by an arid, desert-like climate, which is inhospitable for most insect species. In fact, the majority of the Galapagos insects are nocturnal. However, the archipelago’s isolation also plays a role in this; it is not very easy for insects to travel 600 miles across the open ocean.

Nevertheless, insects, as they do all over our globe, play an essential role in the Galapagos archipelago. They provide an important source of food for several species and also act as pollinators. For the insect lovers out there, there are certain seasons and also times of day when there is a higher probability of seeing insects, including beetles, grasshoppers, ants, wasps and bees, praying mantis, butterflies, crickets, true bugs, scorpions, spiders, and centipedes, to name a few. Galapagos insects are more abundant during the hot season in Galapagos and particularly after heavy rain. However, as with most Galapagos fauna, the representation of insects in the islands is not very well balanced. For example, there are only one species of bee that inhabits the islands, which is why there are few plants that boast large flowers.

A particularly interesting factor that differentiates Galapagos insects from those found on the mainland is the high rate of brachyptery or flightlessness among the species. For example, 74% of all endemic Orthoptera (the order that includes crickets, grasshoppers and katydids) are flightless, and there are 23 genera of flightless Coleoptera (beetles). Few studies have been carried out as to why this may be the case, but it was most likely an adaption to improve water conservation or reproductive success.

As of this past year, the presence of mosquitos has become a major concern for travelers due to the rise in cases of Zika, particularly in South America. Zika was first discovered in 1947; however, with the recent outbreak in Brazil, the virus has become a severe risk for pregnant women, since scientists are not sure how the virus affects fetus development. However, travelers to Ecuador, and especially the Galapagos Islands, are at very low risk of contracting Zika. Zika has been reported in Ecuador at elevations below 1,200 meters, so exposure may be avoided by arriving in Ecuador via Quito, which sits at an elevation of around 2,850 meters. For this reason, malaria is not a threat in Quito, either.

The Center for Disease Control has reported that the Galapagos Islands are currently free of Zika and that the probability of an outbreak is extremely low for a variety of reasons. First of all, mosquitoes are rarely seen in marine desert environments such as that which largely dictates the archipelago. Even in the highlands, which receive significantly more rainfall, mosquitoes are very rarely seen. On the other hand, the Galapagos National Park has a strict process to prevent the introduction of foreign species to the islands, thus making it hard for organisms to travel to the archipelago from the mainland. Furthermore, if an Aedes mosquito (which carries Zika) were to make it to the Galapagos Islands, the chance of it taking hold is minimal due to the fact that Zika does not remain in an infected person’s blood once he or she has recovered. Furthermore, the islands are home to a very small population, with the largest town at around 12,000 inhabitants and only four inhabited islands.

When you travel with Metropolitan Touring, you can be sure that health and safety are the first priority. And in case you need it, insect repellent is available on our Galapagos cruise.