It’s during this time of year that many birds remain very active at their nesting sites, specifically seabirds. Perhaps one of the most majestic of these seabirds is the Galapagos albatross, being the largest one in the whole archipelago with a wingspan that opens up to a remarkable length of 2 meters (7-8 feet). As a result of the Galapagos albatross being so majestic, the bird has earned its place as part of our BIG15 list of iconic species. These beautiful birds can only be found on Española Island, however, which is only accessible via our Eastern Islands itinerary. At this point during the year, Galapagos albatrosses are busy raising their young (juveniles specifically), an event that you won’t want to miss when sailing aboard the Santa Cruz II Galapagos cruise!

September on Española = Galapagos Albatrosses Bringing Up their Young

After being laid between April and July and then being incubated for a period of around two months, the single egg that Galapagos albatrosses produce finally hatches. It’s not necessarily a pretty sight when the newborns are seen right next to their handsome-looking parents with their pearl white plumage and lemon-yellow beaks. 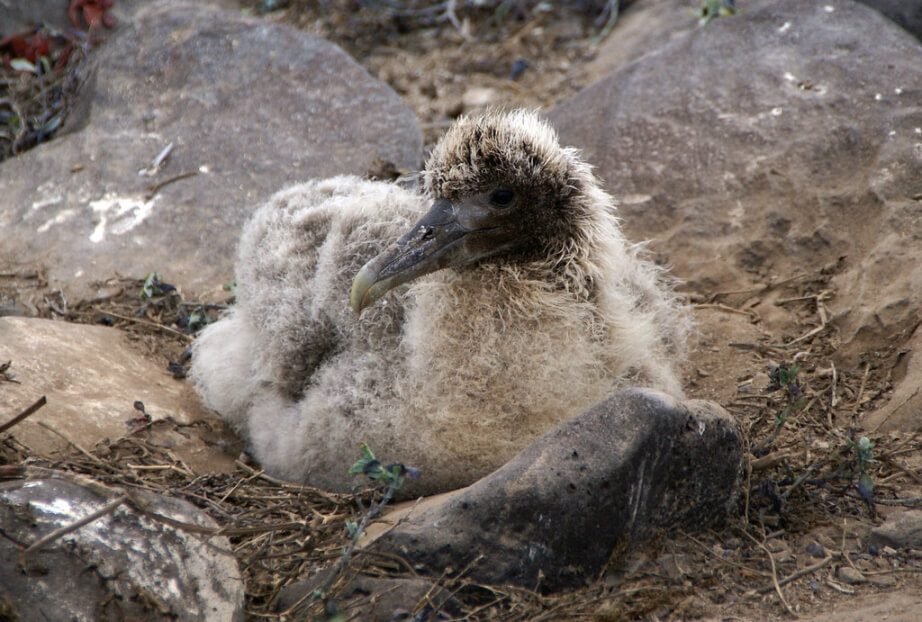 Newborns covered in a dark brown plumage (down feather) that consists of curly feathers, making them look like more like rattled and balding offspring that emerged from a chaotic battle inside their own egg. It’s both an endearing and amusing spectacle to watch the parents as they look after their newborn “ugly duckling.”

Parents raise their young using a balanced pattern of teamwork, taking turns almost equally to raise their newborn. This usually involves one parent hanging around the chick as the other one flies out to sea in search of nutritious food. This continues for a couple of weeks until a whole new pattern of parenting occurs – parents switch gears by moving their baby Galapagos albatross to what one could regard as an “albatross nursery.” Doing so grants both parents the ability to fly off for longer periods and look for more food for their growing offspring.

What Goes In, Must Come Out…

A rather remarkable ability of both parents is that they both have a way of turning their foraged food into a sort of fish oil that they can store, relatively undigested, inside of their stomachs. This allows them to save it for later and eventually deliver it to their baby albatross. It also grants them even more time to continue searching for food out in the ocean. Guests and visitors to the islands might even be able to witness this remarkable sight, especially given the fact that parents can feed their newborn chicks up to 2 kilograms (4.4 pounds) of the aforementioned fish oil! Rather comically, the baby Galapagos albatrosses afterward is usually left looking like pudgy little dough balls until finally, they manage to process and digest all the nutrients that they’ve been provided by their parents. 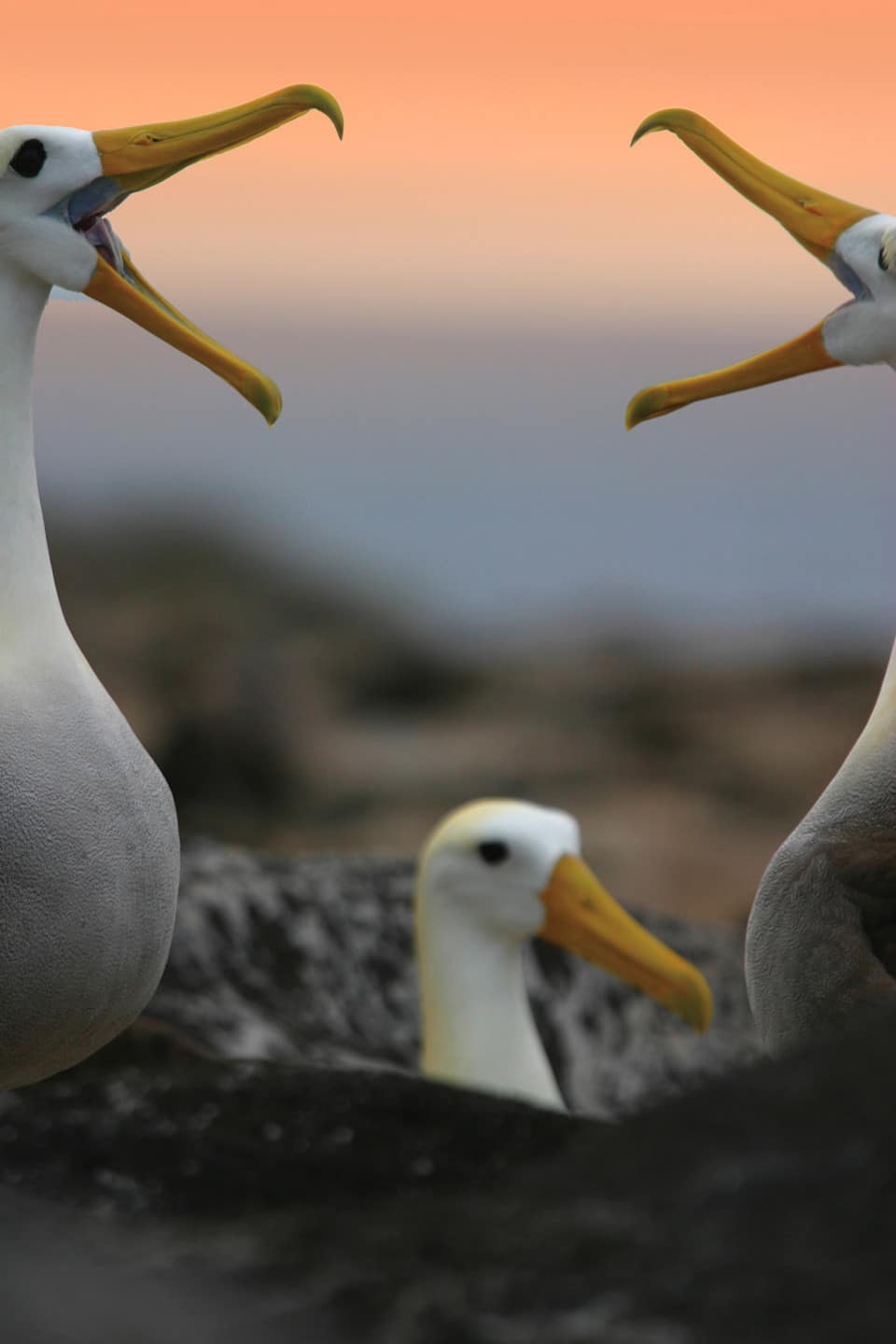 The young Galapagos albatrosses eventually reach adult size by December and eventually spread their wings and leave the colony by January. They’ll only come back home when they have become mature enough to procreate, at which point they will find a lifetime mate by performing a mesmerizing and amusing courtship display.

The presence of such a unique and gorgeous species in the Galapagos only adds to the list of things you can only experience in Galapagos and reasons for why you should definitely visit the enchanted isles.