Flying to Galapagos: Which Airport Should You Choose? 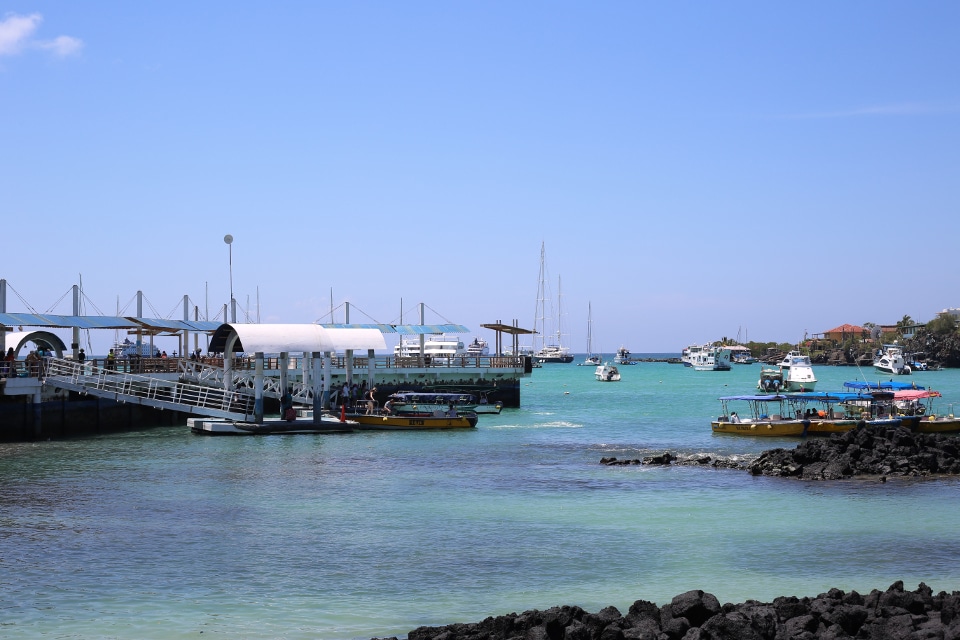 IMPORTANT NOTICE
An updated version of this blog has been published over on our main website.
Click here to read up on How to Get to Galapagos: Prices, Flights, Airports and Tips!
Traveling to the Galapagos Islands takes some planning given how far the archipelago is from the mainland. In spite of this, there are convenient options for flying to Galapagos directly. There are two main airports to consider when you are flying to Galapagos.

Figuring Out Your Way When Flying to Galapagos

When flying to Galapagos, many people use LATAM Airlines given the variety of cities and countries that it departs from. There are no direct international flights to the Galapagos, which means airlines only fly to the Galapagos Islands from the Ecuadorian cities of Quito and Guayaquil.

It is always important that you arrange your flight times conservatively and in accordance with your Galapagos cruise departure days.

The primary thing to remember is that there are two major airports in Ecuador:

The secondary thing to remember (and this will depend on what island you plan to stay on and/or which one your Galapagos cruise is leaving from) is that there are two major airports in Galapagos: 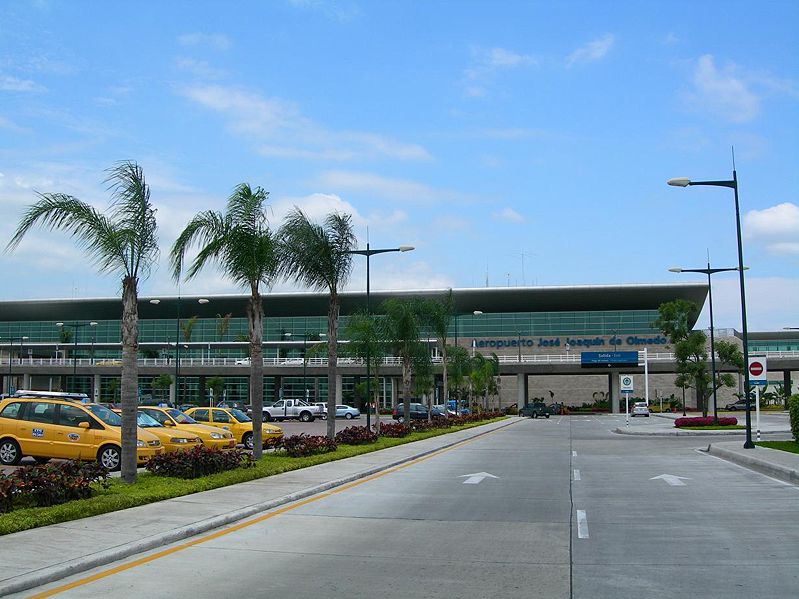 Jose Joaquin de Olmedo is the name of Guayaquil’s airport. Photo by Elemaki via Wikipedia Commons

Flight time to the archipelago: Approximately 1 hour and 45 minutes.

José Joaquin de Olmedo International Airport has received many awards, including an award for best airports in South America. It’s not a surprise given its convenience: it’s open 24 hours a day and has nonstop flights that go to Europe and the U.S.A. There’s also a huge number of connections to several different countries in South America, which makes it a gateway to the continent.

One of the reasons people going to the Galapagos use José Joaquin de Olmedo International Airport is because of its proximity to the islands.

There are also numerous things available at the airport that allow flyers to spend there time here comfortably. Waiting areas are available along with VIP lounges. 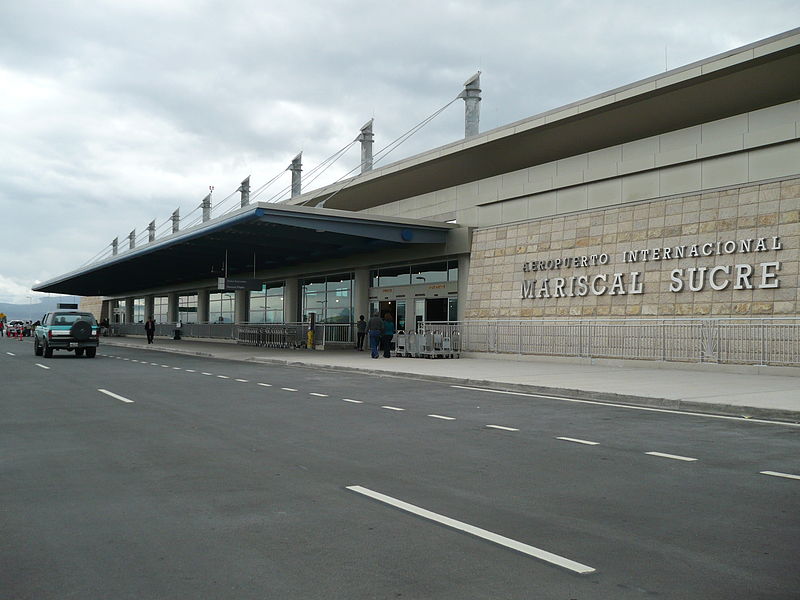 Mariscal Sucre is the name of Quito’s airport. Photo by Jordy Vaca via Wikipedia Commons

Flight time to the archipelago: Approximately 2.5 hours (plus layover in Guayaquil)

Mariscal Sucre International Airport was named the 2016 “World Travel Award Winner” for the third year in a row in the category of South America’s Leading Airport. This is a highly treasured award in the global community and is comparable to the Oscars for the movie industry.

The VIP Lounge at the Mariscal Sucre Airport offers flyers a nice quiet place to enjoy snacks, drinks and a number of reading materials. Business centers and wi-fi is available should you feel the need to take care of anything before heading off to the archipelago.

There are lots of things to keep you busy at the airport while you wait for your connecting flight to continue your Galapagos vacation. The Mall Del Cielo has an array of shops for you to peruse as well as several restaurants. The restaurants include both South American eateries as well as American franchises.

Which airport should you fly from (and fly into) when going to Galapagos?

Selecting which airport you leave from will come down to what country you are originating from and what itineraries/flights and prices are most suitable for your agenda and wallet. A good tip to keep in mind when it comes to cost is to check flights with both Ecuadorian airports and see which airlines offer cheaper flights and/or better itineraries to either one.

When it comes to flying into and out of Galapagos, always keep in mind that all itineraries aboard the Santa Cruz II depart and end at the island of Baltra, so you should make it a point to be extra sure that your plane lands and departs from Seymour Airport (airport code: GPS) on Baltra Island in Galapagos.

Written by: Martín Barreiro
CALL US
CHAT WITH US