Fernandina Island: The Youngest Island of the Galapagos 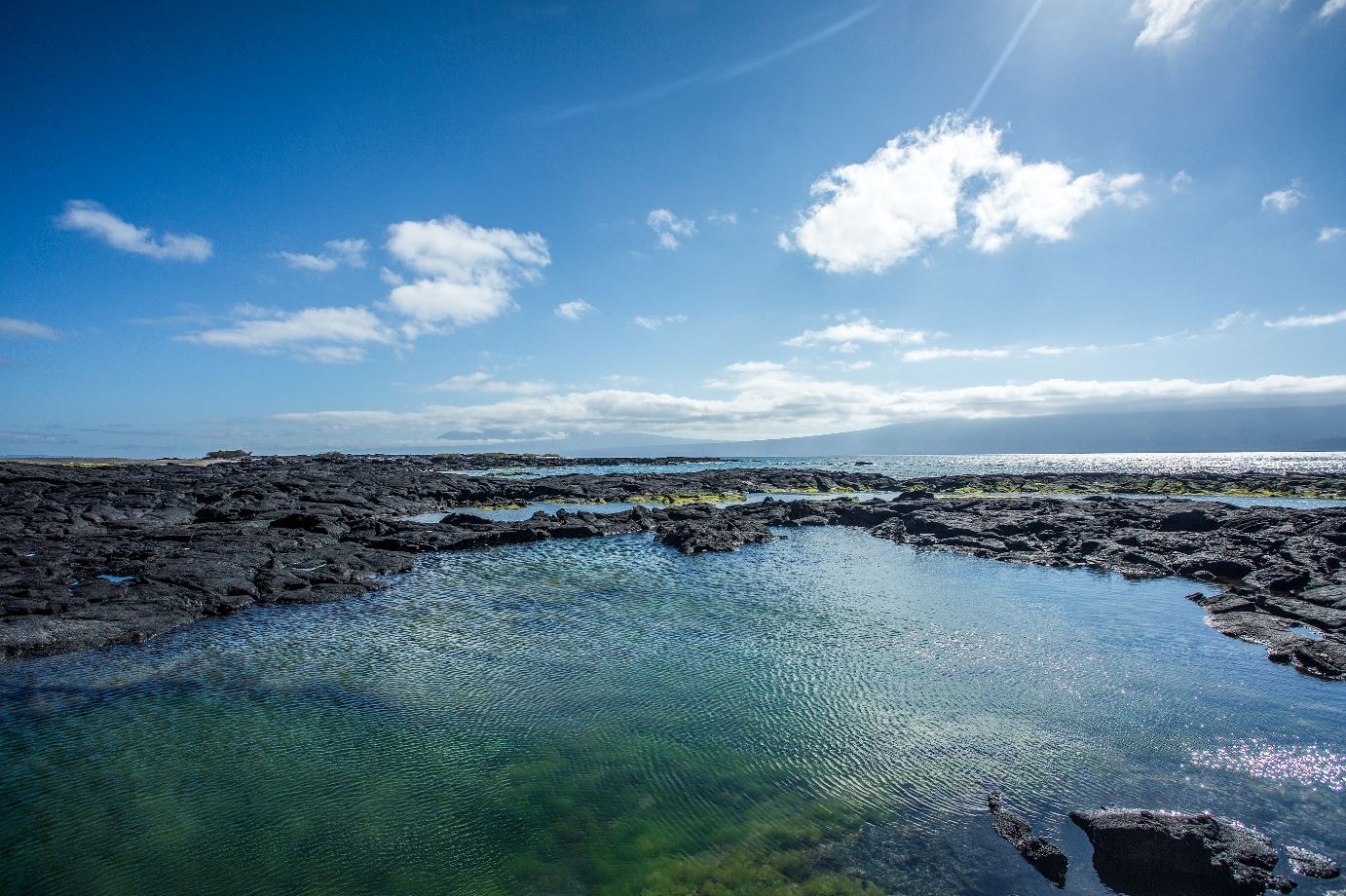 The Galapagos Islands were formed by volcanic activity. The oldest islands, Española and San Cristobal are found in the Eastern part of the archipelago. Fernandina Island, one of the westernmost islands, is also one of the newest: It is still being formed by the island’s own active volcano. This is what makes Fernandina such a special destination. Visitors can witness lava flows and observe unique wildlife colonies that have suffered few effects of human intervention.

Fernandina Island and the Geological Formation of the Galapagos

The Galapagos Islands were formed by a hot spot (similar to how the Hawaiian archipelago was formed). Hot spots are created by thin spots in the Earth’s crust. Magma becomes pressurized inside the earth and pushes itself outwards. These holes in the earth’s surface then begin to accumulate the upwelling magma that has cooled into rock, forming the volcano’s identifiable cone shape. As the tectonic plate shifts around over the earth’s mantle, the magma is released at different surface points, in this case creating different islands. The geological age of the islands helps us to track the movement of the tectonic plate from west to east.

Fernandina is the Galapagos’ most active volcano, counting 24 eruptions since 1813. This means that it is also the youngest island and the one that has been least affected by human activity. There is only one visitor site on the island and it is an important place to see wildlife exclusive to the Galapagos western islands.

What to Expect on a Visit to Fernandina Island

The only visitor’s site on Fernandina Island is Punta Espinoza. The only way to visit the island is on a Galapagos expedition cruise. It is too far away for you to reach it from a day trip. There are two hiking options at Punta Espinoza. One is a short walk along the peninsula that offers some good wildlife-viewing opportunities. Another path can take you to see two different kinds of lava flows: Pahoehoe and aa lava are both produced by the volcanic eruptions on Fernandina. Visiting these lava fields offers a great ecology teaching moment, showing how vegetation first begins to form.

As its name indicates, this type of cactus grows on barren lava flows

It is true that Fernandina’s volcanic landscape is not particularly conducive to thriving vegetation. The exception to this is the lava cactus, which, as you can imagine from its name, is specifically adapted to survive in those conditions. Fernandina’s fauna made of large animals that feed on marine life. It’s a diverse group of animals that includes flightless cormorants, Galapagos penguins, sally lightfoot crabs, Galapagos hawks, Galapagos sea lions, marine iguanas, and Galapagos racer snakes. This last animal rose to fame as the protagonist of a portion of BBC’s Planet Earth II. The viral footage, featuring a group of snakes chasing a juvenile marine iguana, was filmed on location at Fernandina. It gives you a taste of what survival of the fittest really means on the ground for animals here in the Galapagos!

When is the Best Time to Visit? 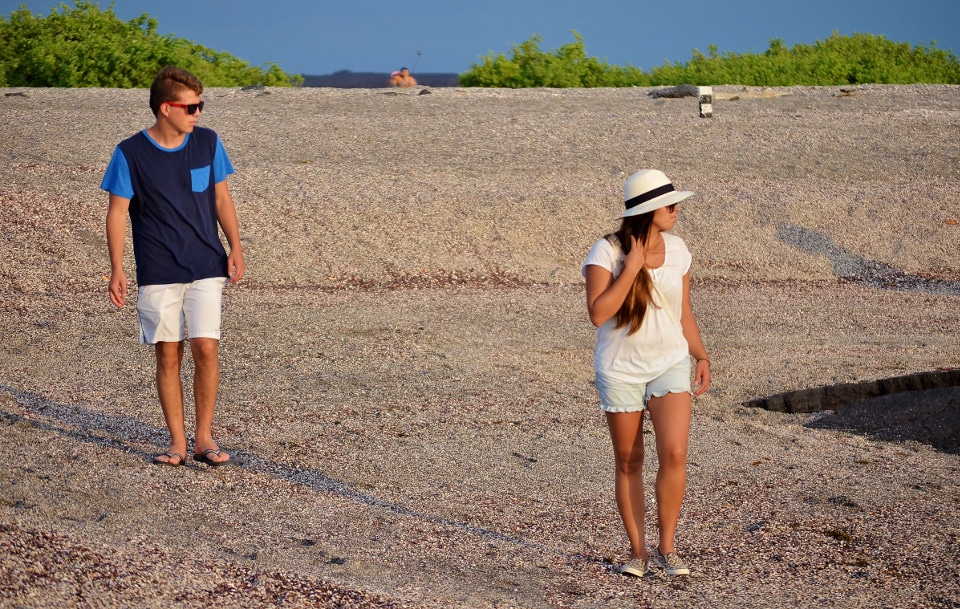 Walking during a sunny day on Fernandina Island.

Fernandina is an island with a rich natural history that makes it a year-round destination. However, the time you choose to visit might depend on what you are most interested in seeing. The dry season in Galapagos (June-November) will give you a better chance of seeing dolphins and whales. During that season seabirds come to nest and there is the possibility of seeing chicks. Male marine iguanas become especially territorial in December and January, so that time of year has the potential to show visitors some interesting animal interactions.

During the hot season in Galapagos (December-May) offers better opportunities for catching a glimpse of Galapagos penguins and sea turtles while snorkeling. During low tide, you may even be able to see a marine iguana feeding on algae underwater. The season for sea lion pupping happens in late August, September, and October. No matter what time of the year you choose to visit, the Galapagos will offer you amazing opportunities!