Expedition Journal: A Day at Genovesa Island in Galapagos 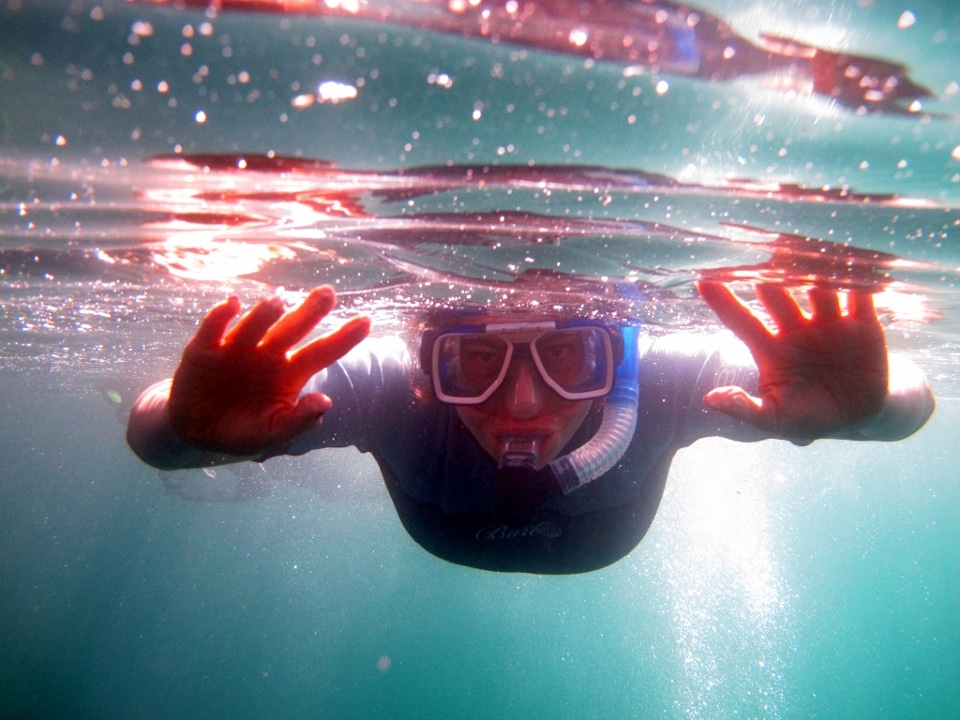 Our last stop on the Northern Galapagos Islands itinerary aboard the Santa Cruz II Galapagos Cruise is a special treat in the archipelago. In fact, it’s such a treat that the Santa Cruz II actually spends an entire day there, experiencing the wonders of Genovesa Island in Galapagos with its two spectacular visitor sites.

Guests of Santa Cruz II during a visit to Genovesa Island.

Experiencing a Day at Genovesa Island in Galapagos

In the morning we were there, it was particularly crisp with not a single cloud in sight. It was a nice clear day, with fresh air and perfect weather that was neither too sunny nor too humid. Our first activity of the day was a long panga ride along the coastline. On this relaxing ride along, our guests had the wonderful chance to enjoy some fantastic scenic views found inside the beautiful bay of Genovesa Island. On this particular occasion, there was a ton of wildlife, too, with plenty of different bird species soaring throughout the skies and also many other creatures swimming about the ocean and hanging out along the rocks. Sometimes, the simplest things are the best things in life, as we all realized how nice it was to have the option of passively seeing so much by doing so little. It was definitely a change of pace from what tends to be an active excursion of the enchanted isles.

A Walk on the Wild Side of Genovesa Island

Once you’ve arrived and stepped foot on the actual island, guests often need to be very careful as there are tons of all types of birds hanging around, some of them sitting directly on the trail itself. This is an excellent time for everyone to take pictures.

After everyone is done with the main attraction, it is time for us to start walking again in order to make it to the other side of Genovesa Island in the Galapagos Islands. The other side has an incredibly busy sky filled with tons of birds that are flying around in one of the most organized patterns of “chaos” ever. It always surprises me how so many birds manage to fly around at once without experiencing incidents or spectacular crashes amongst themselves. The main goal once reaches the other side of the bay is to try and spot one species of bird in particular – the majestic short-eared owl. It is often very hard to find one because it blends in so well with the surrounding environment. However, this time we were lucky enough to not only spot one but two owls out in the open!

The best part about a day at Genovesa Island in Galapagos is what awaits guests underwater. Soon after everyone got into the water on this occasion, there were plenty of different kinds of fish and, swimming right behind them, a couple of rays that came graciously swimming along by us.

After that, a white tip reef shark also decided to show up and give us a little show. But without a doubt, one of the species that stole the show (as is almost always the case) was a perfectly playful and curious sea lion. It stayed with our group for a very long time and the only time it left us was after the naturalist had already called out to us to wrap things up and head back to Santa Cruz II. It all flew by so fast, but the same thing seems to happen every time: when you’re distracted by the wonders of nature during a day at Genovesa Island, time flies and you never really want it to end.