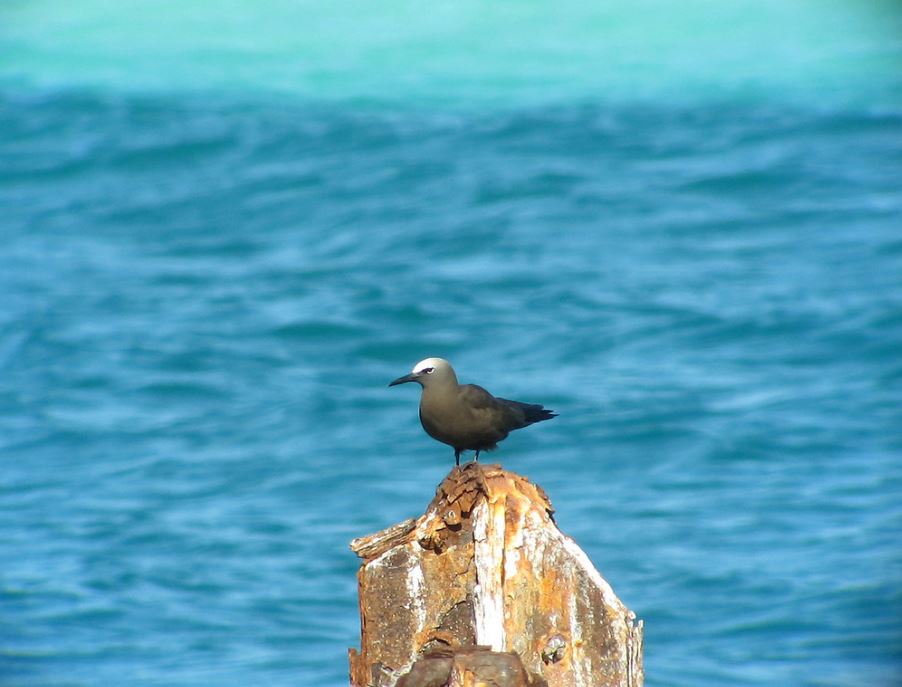 Brown noddies in Galapagos (s. Galapagensis) are closely related to the tern family and are the largest of all noddies, easily distinguished by its cousin the Black noddy thanks to its larger size and feathers. It resembles a pigeon of sorts, with a greyish-white cap at the top of their heads that fades into the dark brown feathers that cover the rest of their body. Their white eye-ring is a distinctive feature in adults. The brown noddy is rarely seen near the land as a result of being pelagic, flying out for extended periods in the warm tropical waters, searching for small fish and/or squid, swooping low and using how-dipping and contact-dipping to catch its prey.

Brown noddies in Galapagos are interesting due to their unique and striking behavior. What’s more? It’s during this time of year that they’re breeding, meaning its also the only time of year they can be spotted on land! They can be seen on the visitable islands of Fernandina and Baltra (both visitable on our Western Islands Galapagos itinerary on the Santa Cruz II Galapagos cruise).

Brown Noddies in Galapagos: Curious Thieves of the Sea 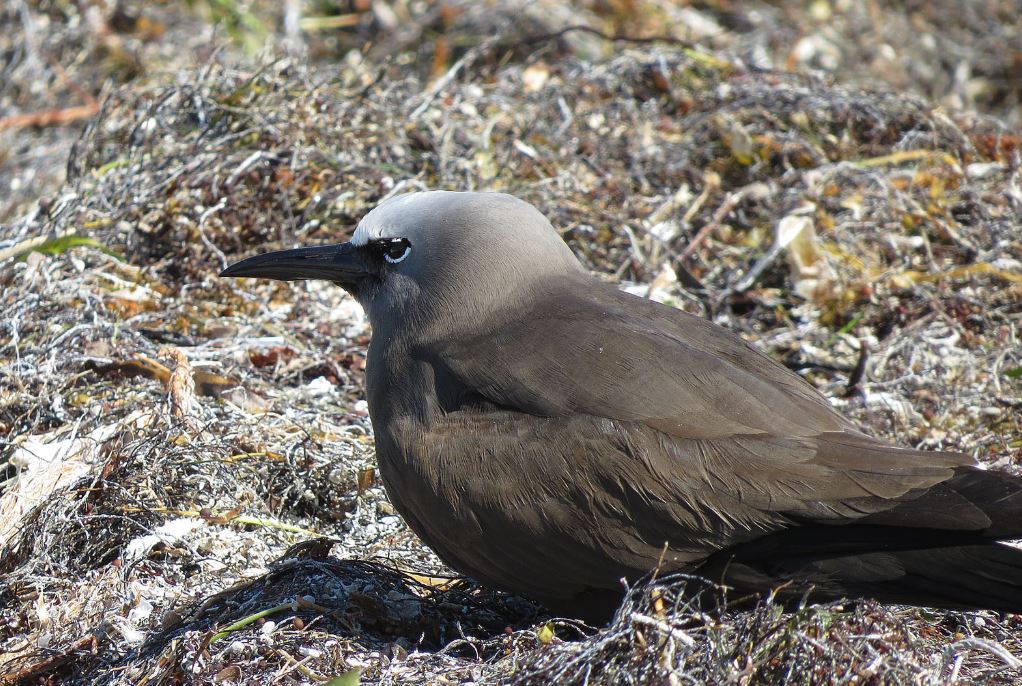 The scientific name for the Brown Noddy, Anous stolidus, is greek for the words “unmindful” and “impassive,” respectively. This is due to the fact that the birds are remarkably unafraid and find safety in enormous numbers. Sailors noticed their uncanny fearlessness towards hunters or predators. Photo by Don Faulkner via Flickr

Perhaps one of the most striking and captivating features about brown noddies in Galapagos is their distinct behavior. These medium-sized birds have actually been witnessed landing on top of the heads of brown pelicans. Why you ask? It’s a feeding style which is scientifically known as kleptoparatism, which is a behavior similar to that which the colossal frigatebirds (magnificent and great) in Galapagos engage in, too.

Brown noddies in Galapagos will swoop in and perch on the heads of pelicans in an attempt to capture whatever fish has managed to escape the gular pouches bill of the feeding pelican. Pelicans typically know what this is all about and are remarkably patient with this rather large impostor that hunkers down on their heads. Adult and experienced pelicans are particularly aware that the noddy is attempting to steal its food and will often keep its beak full of fish underwater, away from the brown noddy, patiently awaiting that it get bored and fly away.

The brown noddy will typically only return to land for one event in particular – breeding season. This time of year is exactly when they begin doing this, and if you’re lucky enough, you might even spot them on Fernandina and/or Baltra Island!

They usually nest in elevated areas, such as cliffs or small trees/shrubs. It’s rare that they’re spotted nesting on the ground. The courting process involves both males and female nodding at each other. A single egg is laid each breeding season.