A Galapagos WOW Moment: The Birth of a Sea Lion on South Plaza Island 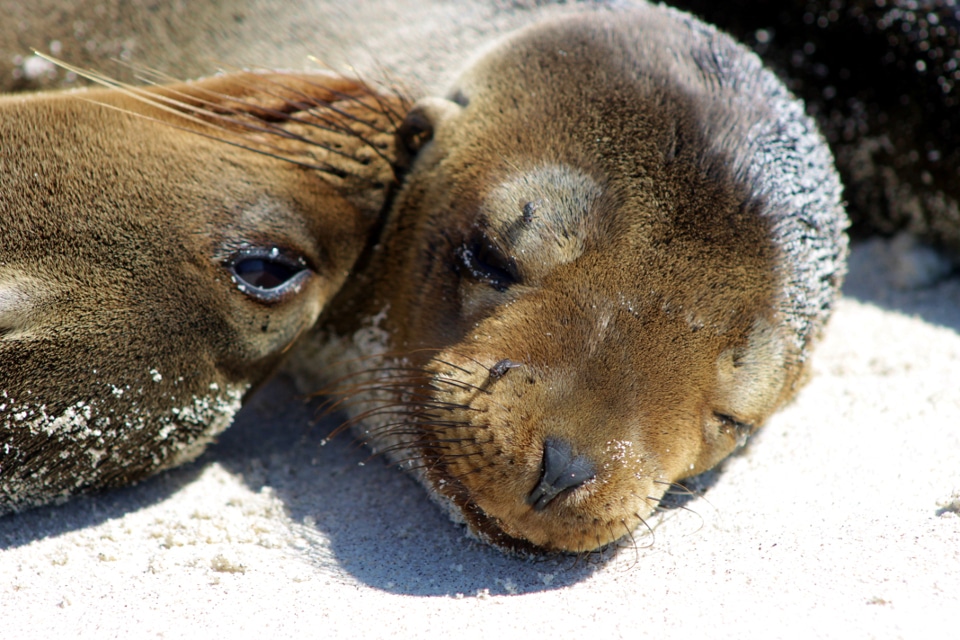 When we landed at South Plaza, we were totally unprepared for what nature had in store for us that day.

South Plaza is a very nice island, albeit relatively small. The designated walking trail (established by the Galapagos National Park) consists of a loop that starts at our disembarking point and then goes around the greater part of the island. It goes from sea level and rises up to a considerably high cliff on the other side. On this day, we decided to walk along the sea-level part of the trail, enjoying the views right next to the ocean and observing some of the Galapagos BIG15 iconic species. 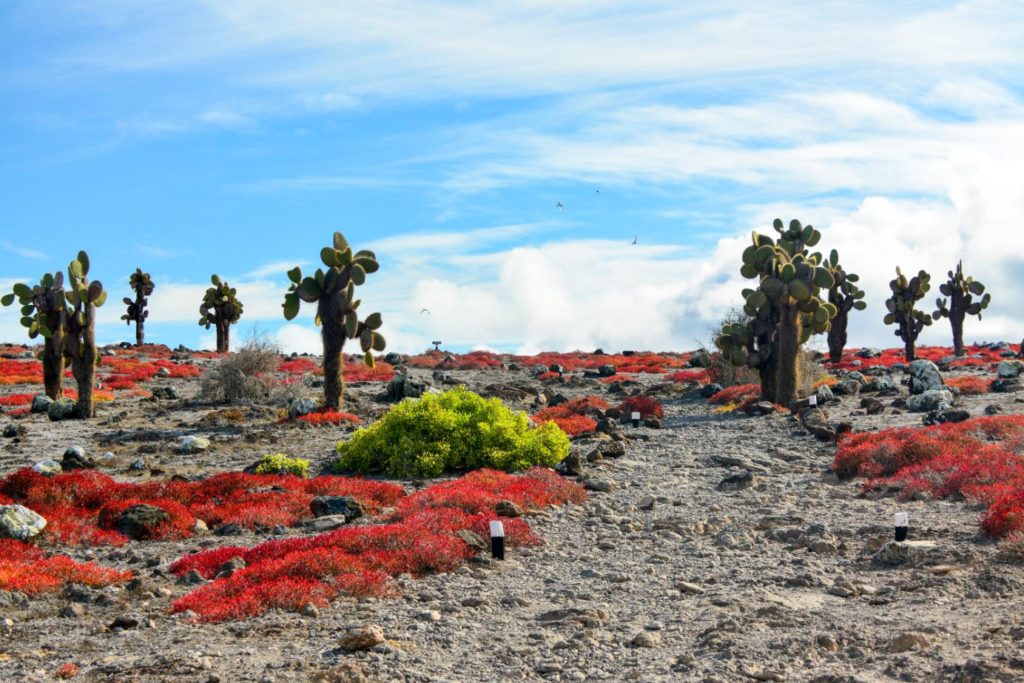 Within the first twenty minutes of being there, we were already seeing tons of Sally light-foot crabs, all sizes of marine iguanas, plenty of land iguanas, sea lions (both in the water and sitting around by some rocks) and a lot of young and adult swallow-tailed gulls. After our short walk along the beach, we arrived at an incredible scene awaiting us.

The Event: Birth of a Sea Lion in Galapagos

There it was suddenly, not too close but not too far away from the ocean – a sea lion in the process of giving birth. It was then that our naturalist guide decided to have our group hang around to actually be able to witness the birth of a sea lion! At first, the female was just turning in circles, going around and around at a slow pace. She was also rolling around every now and then and turning over to smell and look at some very tiny black fins that where on their way out. Then, after a couple of minutes and a few more turns, we were already able to see half the body of the sea lion cub. 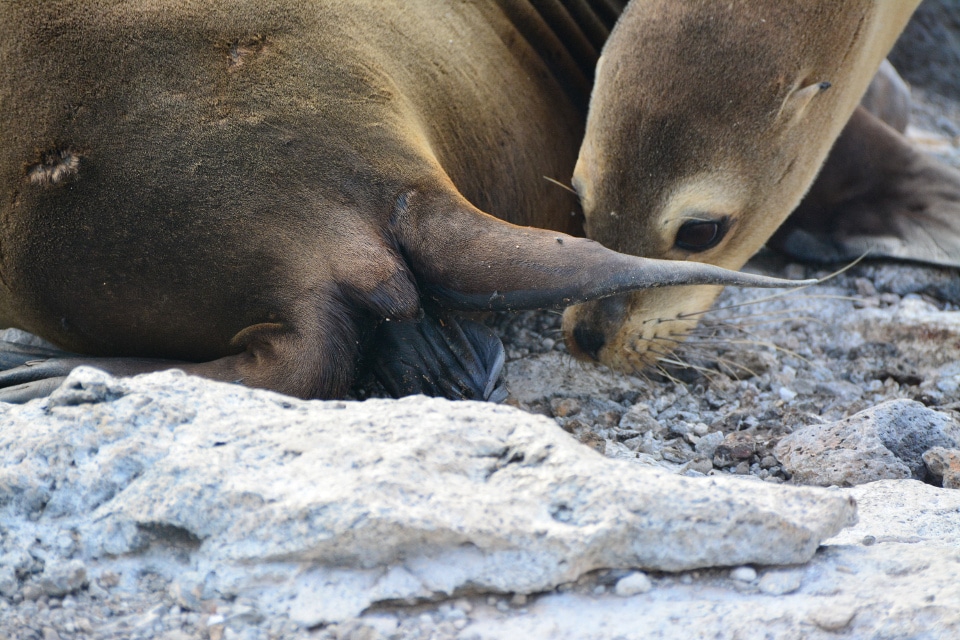 A few more minutes passed by and there it was – a brand new sea lion had emerged into the world! What was perhaps even more amazing than this miracle of life was the fact that the entire event happened in about half an hour; and there was no drama, no loud noises, no contractions, no giant crowds of people, nothing. Just our small little expedition group watching. Some were even surprised by how independent the female sea lion was by giving birth and doing it without any help whatsoever. 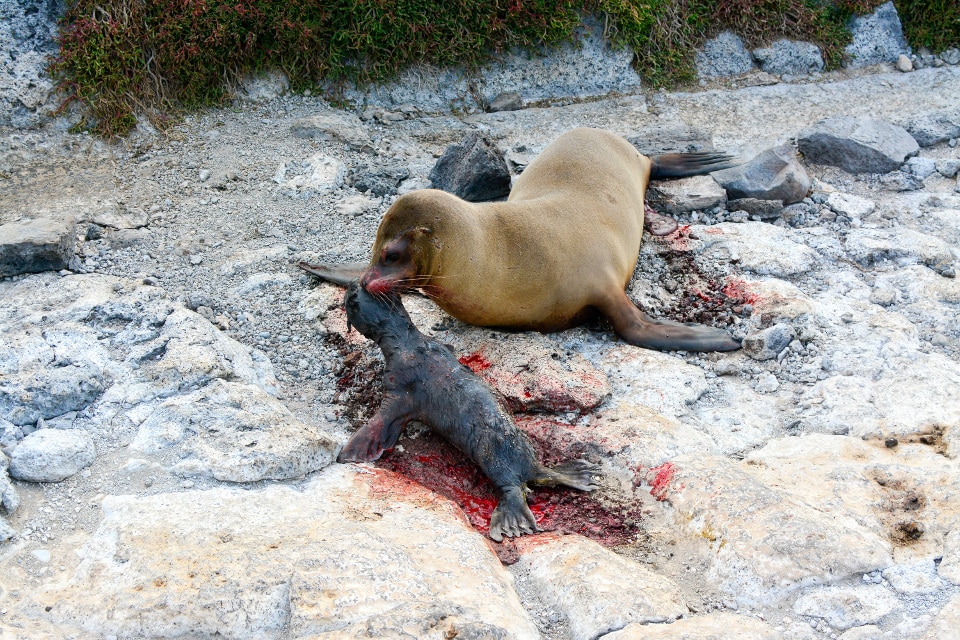 A Galapagos sea lion looking after its newborn cup!

And just like that, it was all over in what felt like the blink of an eye. The mother sea lion welcomed its brand new baby by immediately touching it, cleaning it, and just giving it some very tender loving care. The cub was, at least to me, pretty decently sized. It was moving right away and was almost practically up and running. Understandably, the mother looked tired and was still busy with its baby. 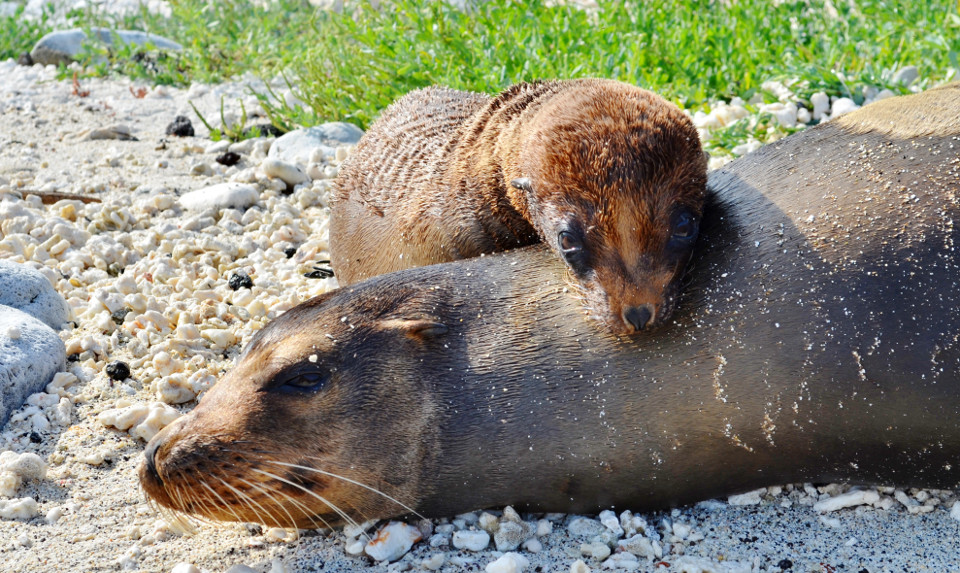 Sealion mothers stay with their pups on the beach and spend their time nursing them.

I don’t think any of us expected to see anything like this on this day. About a third of our group stood in complete silence and as the rest moved around, anxiously taking pictures or taking a break from it all. We respected the sea lion and did nothing to upset it in any way. After birth, we left it alone and continued with our excursion knowing that we had experienced the highlight of the day. It was simply amazing to watch such a magical event! 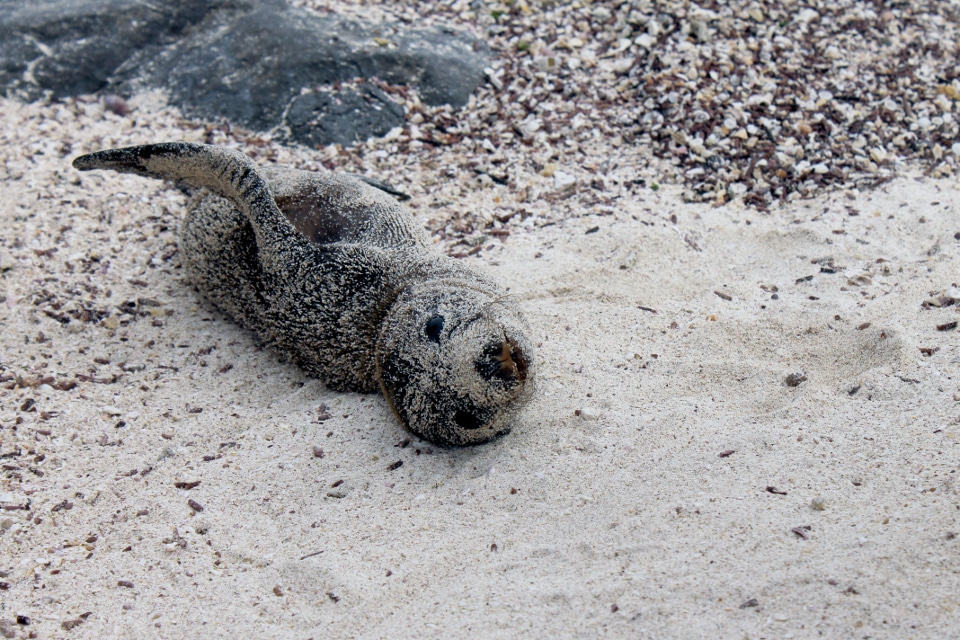